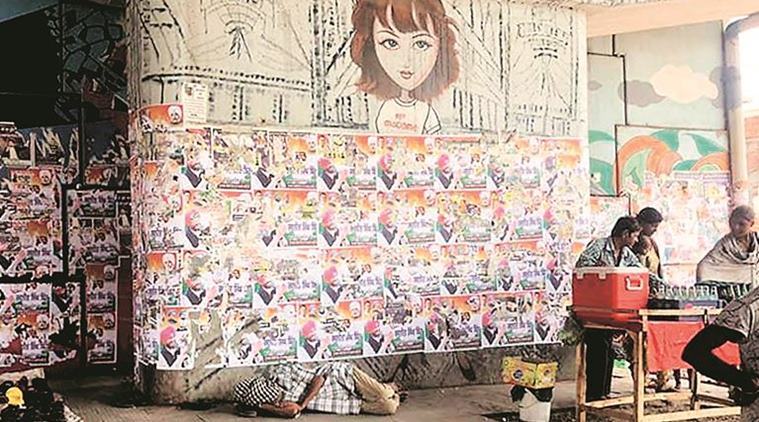 Ludhiana Deputy Commissioner and District Election Officer (DEO) Pradeep Aggarwal said that as per law, the Ludhiana Municipal Corporation, which owns the properties, should get candidates and those responsible for defacing properties booked. 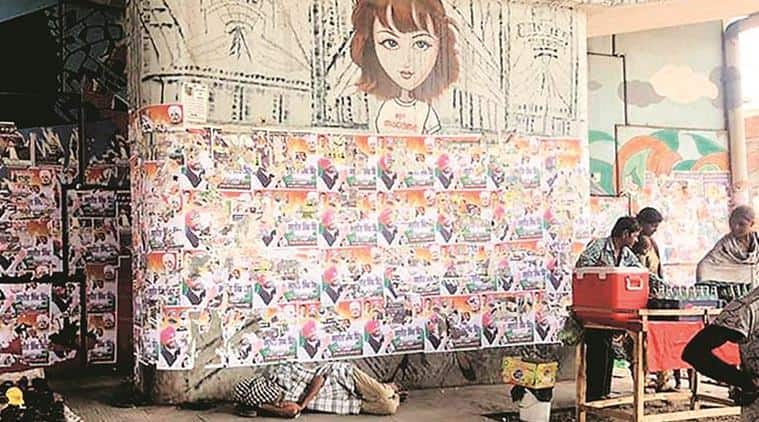 ANGRY RESIDENTS of Ludhiana have just one question now that polling is over: Who is going to rid their beautiful city of the political posters and graffiti plastered across public places? That political parties have failed to clean up after themselves hits this Smart City particularly hard because of the transformation it has seen in the past two years.

In 2016, Ludhiana was painted with artwork coupled with social messages under a beautification project undertaken by then MC commissioner Ghanshyam Thori. The model was also followed by other cities in Punjab. Now, the city’s murals created painstakingly by various groups of artists are covered by Congress and SAD posters. From Cancer Hospital chowk, Jalandhar bypass, Sabzi Mandi chowk to Bahadur Ke Road, elevated road and Samrala chowk — hardly any spot has been spared.

Many said that the area’s candidates — Congress’ Ravneet Singh Bittu, SAD’s Maheshinder Singh Grewal and LIP’s Simarjeet Singh Bains — should be held responsible.  Shivam Pahwa, an artist from Karuja Art Group, who was hired with his team by the Ludhiana MC in 2016 to create artworks for the city, said, “It actually pains us to see how our work has been reduced to an eyesore by politicians. It took many days and hours of labour to complete just one artwork. If not candidates, then who is responsible for this? Is this how dedicated they are towards making Ludhiana a smart and clean city? Those responsible for spoiling all the artworks should be taken to task and they should get it cleaned…”

Gulshan Singh Bahl, a local resident, said, “Everything seems to be allowed during elections. Law is only on paper. Who is responsible now for making a mess of our city?”

“These photos should be sent to political parties concerned and they should be asked who is going to clean and repair this,” said another resident, Ravi Dhaliya.

“I fail to understand how these posters sticking on each wall and public property even helps in convincing a voter? It is just an eyesore,” said one Alka Kohli.

“All candidates who got these artworks spoiled should be booked. Public money went into this project. They should also get all artworks restored,” said Gurjit Singh Gagneja, a local.

Ludhiana Deputy Commissioner and District Election Officer (DEO) Pradeep Aggarwal said that as per law, the Ludhiana Municipal Corporation, which owns the properties, should get candidates and those responsible for defacing properties booked. He also said that the MC can recover the expenditure from them to get properties cleaned and posters removed or tell candidates to get them removed at their own expense.

“The MC needs to act gutsy here and work as per law,” he added.

Ludhiana MC commissioner Kanwalpreet Kaur did not respond to calls.