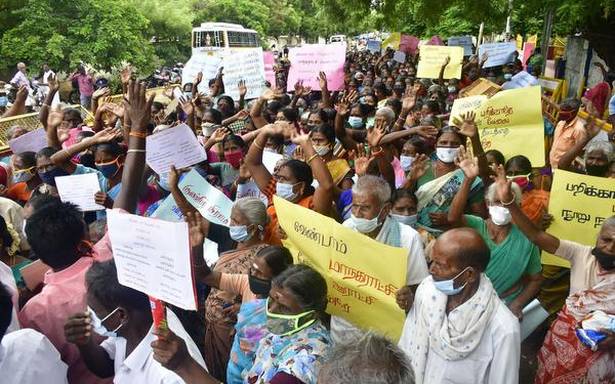 Around 400 residents – majority of them being women from the five villages situated on the city’s outskirts – came to the Collectorate on Monday morning where they raised slogans in support of their demand carrying placards.

There were more than 10,000 people residing in Gundur panchayat which was a backward area, they further said. The villagers appealed to the district administration to continue to allow Gundur to function as a panchayat. Later, a section of villagers met Collector S. Sivarasu and handed over the petition to him.

There are plans to merge about 25 panchayats with the Tiruchi Corporation as part of the move to expand the urban civic body. Residents of a few other panchayats too have expressed their opposition to the plan on similar grounds.