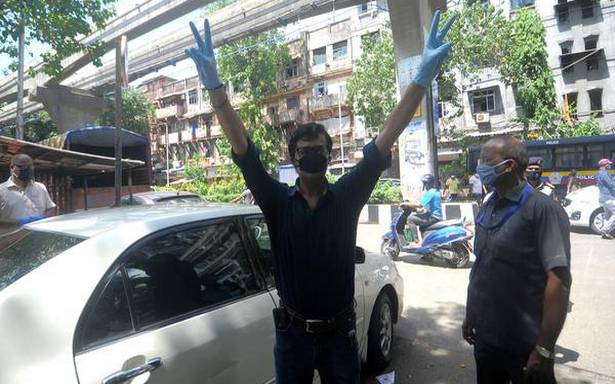 Petitioners says it is ‘misconceived, politically motivated and frivolous’

The Republic TV media group filed a criminal petition before the Bombay High Court to quash the FIR registered in the Television Rating Points (TRP) manipulation case by the Mumbai Police.

The company and Mr. Goswami have been charged under Sections 409 (criminal breach of trust by public servant, or by banker, merchant or agent), 420 (cheating and dishonestly inducing delivery of property), 120B (punishment of criminal conspiracy), and 34 (common intention) of the Indian Penal Code. The petition also seeks a stay on the investigation, and restraining the State; Station House Officer of Kandivali police station; Crime Intelligent Unit; and Commissioner of Police (CP) Param Bir Singh from taking any coercive steps. It also urges the case be transferred to the Central Bureau of Investigation.

The plea mentions, “The Mumbai police is reportedly investigating the alleged role of certain news channels in connection with the impugned FIR, including the Group which owns and operates the TV news channels, Republic TV and R. Bharat.”

The petitioners state that they had moved the court under extremely urgent circumstances as the CP on October 8 alleged that the group was involved in the alleged fake TRP scam, and the promoters and directors of the group, which included Mr. Goswami, would be summoned in this regard to appear before the investigation team.

On October 9, summons were issued to the chief financial officer, S. Sundaram, and head of the western region distribution Ghanshyam Singh to remain present before Shashank Sandbhor, Assistant Commissioner of Police, Crime Investigation Department, on October 10 for recording their statements in the matter.

The plea further added that the officers and key managerial persons of the group, and Mr. Goswami, had reasonable and tangible grounds to believe that they would be apprehended by Mumbai police in connection with the impugned FIR, which is “false, frivolous, politically motivated and an attempt to muzzle the media and silence the news reporting by the group.” Hence, the present petition.