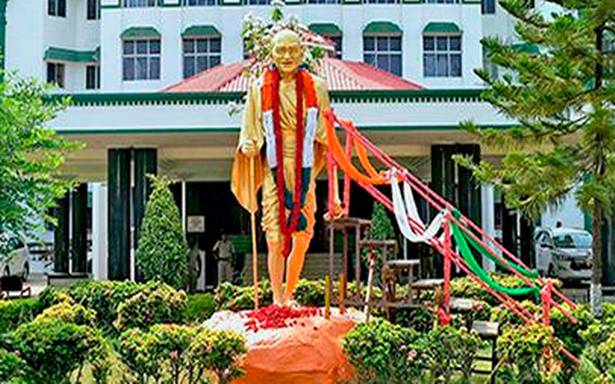 The CB-CID on Wednesday submitted a status report to the Madurai Bench of the Madras High Court on the investigation into the 2019 TNPSC Group-IV services examination that was marred by malpractices.

A Division Bench of Justices Pushpa Sathyanarayana and P. Velmurugan was informed that 118 persons, including 98 candidates, two TNPSC staff and a van driver, had been arrested in the case. One candidate died due to COVID-19.

The CB-CID had registered a case on the malpractices that took place in Rameswaram and Keelakarai taluks in Ramanathapuram district. The offences were committed in connivance with a record clerk and a typist of the TNPSC.

The accused enticed 99 candidates with the promise of securing government jobs for them and collected money for the same. The main accused in the case filled the answer sheets while the papers were on transit to Chennai.

In the 2019 Group-IV examination, the main accused gave special pens with vanishing ink to 99 candidates to fill up the answer sheets. The ink would disappear in two to three hours and then the accused would fill up the sheets with the correct answers.

The papers were on transit from Ramanathapuram to Chennai, under the supervision of two TNPSC staff and a police constable. On instructions from the main accused, the TNPSC staff stopped the van for dinner in Melur, Madurai district. The record clerk then opened the seal, secretly, using the key in his possession, and the answer sheets of the candidates were removed. The sheets were then filled with the correct answers by the main accused and his accomplices.

Once the work was done, the answer sheets were placed along with the remaining sheets near the TNPSC office. No other TNPSC staff or officials were involved, the CB-CID said. But disciplinary action has been recommended for negligence on officials who were supposed to check the seals of the cover of the answer sheets before accepting them.

The incriminating documents collected from the TNPSC [OMR sheets] and other materials like mobile phones and laptops seized from the accused have been sent for forensic analysis, and the reports are yet to be received, the CB-CID said.

The investigation is progressing fast, and once the lab report is ready, the CB-CID will file the final report before the court concerned, the agency submitted. Earlier, the TNPSC and the Chief Secretary had also submitted status reports to the court.

Further, the CB-CID submitted that the investigation into the case has brought to light similar malpractices in two other examinations.

Taking cognisance of the reports, the judges said they would consider the same. The court was hearing a PIL petition filed by I. Mohamed Razvi, who sought a probe into the examination scam.