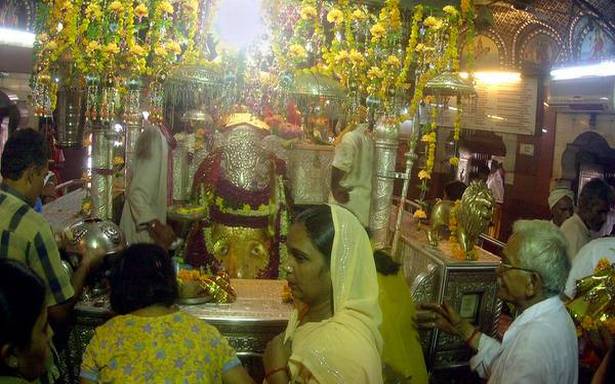 The High Court had directed that all unauthorised occupants/encroachers, who do not enjoy valid tehbazari licences, to be removed, until and unless there is a court order protecting the occupant.

The Supreme Court has said that its three-judge bench would hear an appeal challenging a Delhi High Court order directing removal of encroachments and unauthorised occupants and shopkeepers from the Kalkaji Temple in South Delhi.

A bench of Justices S.K. Kaul and M.M. Sundresh noted that a three-judge bench of the apex court is already seized of the issue which has been dealt with by the single judge of the High Court.

"We are informed that a three-judge bench of this Court is monitoring the issue which has been dealt with by the single judge in the impugned order and the date of the listing of that matter is October 25, 2021… "In view of the aforesaid, it would be appropriate that the present matter is also listed along with the same," the bench said.

The apex court was hearing a plea filed by Kalkaji Mandir Vikreta Sangathan challenging the September 27 order of the High Court directing removal of encroachments and unauthorised occupants and shopkeepers, who do not have any valid legal rights to occupy the shops, from Kalkaji Temple in South Delhi.

The High Court had said it is essential for a temple, where thousands of devotees visit for conducting puja every day, irrespective of its public or private status, to be devoid of unauthorised encroachments, which results in extreme inconvenience and safety and security concerns for the devotees.

It had appointed retired Delhi High Court judge, Justice J.R. Midha as the administrator of the Kalkaji Temple for performing various functions in relation to the religious place.

The High Court had also appointed Goonmeet Singh Chauhan, a renowned architect who has undertaken various projects of public importance, to submit a re-development plan for the Kalkaji Temple and the entire surrounding complex, and said he shall work closely with the Administrator and his team.

It had said the mandate of the administrator shall be to take all necessary steps in the interest of devotees, pilgrims, baridaars (persons managing temple affairs), in order to ensure their safety and security, as also to preserve the integrity and sanctity of the deity and the temple which is of utmost historical importance to the people of Delhi.

The High Court had directed that all unauthorised occupants/encroachers, who do not enjoy valid tehbazari licences, and are in unauthorised occupation of the premises, would be liable to be removed, until and unless there is a court order protecting the occupant.

All encroachments in the temple premises and complex and peripheral areas are also directed to be removed, the High Court had said and asked the SDMC, DDA, and the Delhi Police to give assistance in the removal of encroachments and occupation by unauthorised shopkeepers and vendors.