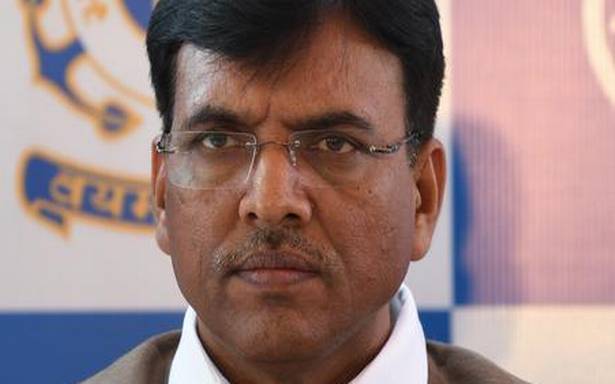 The Minister said the antiviral drug is now being produced across 57 plants in the country compared to 20 facilities a month ago.

The production of Remdesivir has gone up nearly three times to 1.05 crore vials per month as the government works hard to enhance the availability of the antiviral drug in the country, Minister of State for Chemicals and Fertilisers Mansukh Mandaviya said on Tuesday.

The production capacity of the drug has crossed 1.05 crore vials per month as on May 4, a nearly three-fold increase from 37 lakh vials per month on April 12 this year, Mr. Mandaviya said in a tweet.

The Minister said the antiviral drug is now being produced across 57 plants in the country compared to 20 facilities a month ago.

Production of Remdesivir is being enhanced and in the few days, India has seen the manufacturing capacity of the antiviral drug go up by three times, Mr. Mandaviya said.

“Soon, we will be able to cater to increase in demand,” he added.

Mr. Mandaviya also noted that under the leadership of Prime Minister Narendra Modi, the government is trying hard to fight the coronavirus pandemic.

Demand for Remdesivir has gone up manifold in the country amid a massive spike in COVID infections.

The government has already waived customs duty on Remdesivir, its raw materials and other components used to make the antiviral drug in order to help augment domestic availability and reduce the cost of the injection.

On April 11, in view of increased demand for Remdesivir, the Centre banned the export of the injection and its APIs till the situation improves.

Various drug companies have also cut the prices of Remdesivir injection following intervention of the government.

India’s total tally of COVID cases has crossed the 2-crore mark with over 50 lakh infections being added in just 15 days.