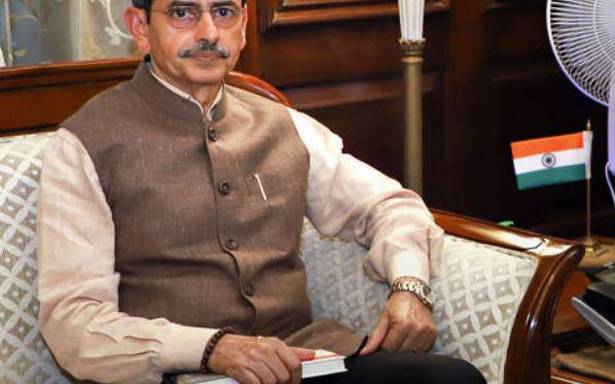 Call for his removal as interlocutor for Naga peace process too.

Governor R.N. Ravi’s transfer to Tamil Nadu has come as a relief to many in Nagaland, including the Nationalist Democratic Progressive Party (NDPP), which heads the all-party government in the State.

A section said the Centre should now remove him as the interlocutor for the Naga peace process that has been hanging fire for more than 24 years.

The Centre had on Thursday announced Mr. Ravi’s appointment as the Governor of Tamil Nadu, two years after he had taken charge of Nagaland.

NDPP president Chingwang Konyak said the Nagaland government was not happy with the way Mr. Ravi functioned. “He interfered in the affairs of a popular government. Some people are happy (because of his transfer) while some are not,” he said, without specifying.

In June 2020, Mr. Ravi had in a hard-hitting letter to Chief Minister Neiphiu Rio expressed resentment over “unrestrained depredations by over half a dozen organised armed gangs, brazenly running their respective so-called governments”. His reference was to the parallel governments that the State’s extremist groups allegedly run.

He had on February 14 that year rubbed many in Nagaland the wrong way after writing a letter to the State’s Chief Secretary to create “a database of State government employees’ family members and relatives in underground organisations” by April 2.

On January 16 this year, he issued a “gag order” prescribing stern penal and disciplinary action against government servants who post “seditious and subversive” content on social media, “challenging the territorial integrity and sovereignty of the country”.

Mr. Ravi was also perceived to be targeting the National Socialist Council of Nagaland (Isak-Muivah) group while being soft on its rival Naga National Political Groups comprising seven extremist groups.

The NSCN (I-M) has been demanding his replacement as the interlocutor for the peace process.

“There has been a general consensus that the Naga political issue is not progressing with the way R.N. Ravi has been handling it,” the Naga People’s Movement for Human Rights had said a few days ago.

But Mr. Ravi was popular in Nagaland after the Centre signed the Framework Agreement with the NSCN (I-M) in August 2015. He was accorded a grand welcome by the Nagas following his appointment as the Governor of Nagaland in July 2019.