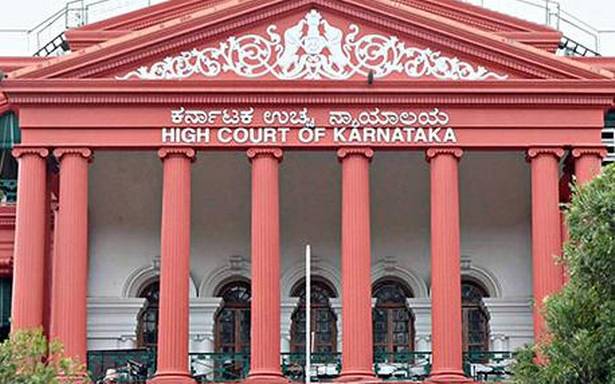 The High Court of Karnataka on Tuesday observed that prima facie the exemption granted from securing trade licence and producing occupancy certificates (OC) for buildings at the time of registration of private medical establishments (PMEs) defeats the very purpose and object of the Karnataka Private Medical Establishments Act, 2007.

A Division Bench comprising Chief Justice Abhay Shreeniwas Oka and Justice John Michael Cunha made this observation while ordering notice to the State government on a public interest litigation (PIL) petition in which legality of the circular, issued by the Commissioner for Health on August 17, 2020, has been questioned.

The circular had also discontinued the requirement of uploading of OCs given for the buildings housing PMEs citing the difficulties faced by those managing the PMEs to upload them while making it clear that it is sufficient to upload documents such as khata/tax paid receipt and lease or rental agreements with respect to the buildings.

However, it has been contended in the petition, filed by Bharath Yuvajana Sene, a city-based social organisation through its advocate Vaijayanthimala B., that the exemption from producing OC amounts to allowing PMEs to operate in the buildings constructed illegally as such buildings would not get the certificate under the law, particularly in cities.

It is meaningless to allow hospitals to be established in buildings sans OC when ordinary residential structures require OC under municipal law before occupation, the petitioner pointed out.

Also, it has been contended in the petition that granting exemption from securing trade licence would not only cause crores of rupees loss to the State exchequer but also result in further loss of control and monitoring of quality and services in additional services such as medical stores and restaurants provided within in the PMEs.