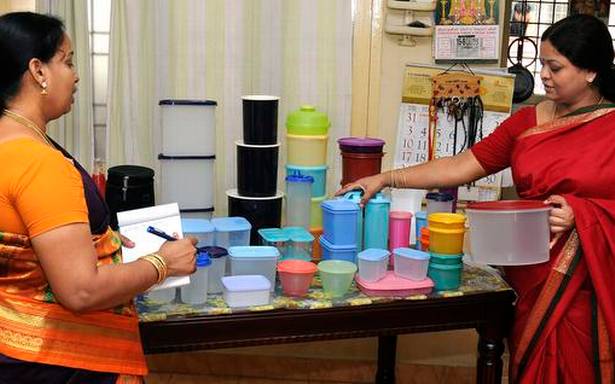 What is the recent notification by the Government to the Consumer Protection (Direct Selling) Rules, 2021? How has the industry responded?

The story so far: The Government on December 28 notified the Consumer Protection (Direct Selling) Rules, 2021, that prohibits all direct selling entities such as Amway, Tupperware, Oriflame and Modicare, from promoting pyramid schemes or money circulation schemes, while also providing for mechanism for redressal of consumer complaints. Direct selling players have been given 90 days to comply with the Rules.

How big is the Indian Direct Selling industry?

In Direct Selling, goods or services are directly sold to consumers through direct sellers who act as individual representatives of the direct selling entities, instead of a retail premises. As per the latest data available, the Indian direct selling industry stood at around ₹1,67,762 million in 2019-20, growing about 28% from ₹1,30,800 million in 2018-19. The two big categories were ‘wellness & nutraceuticals’ – which accounted for 57% of the sales, followed by cosmetics and personal care which contributed 22% to the sales.

Whom do Rules apply to and why have they been notified now?

These Rules apply on all models of direct selling and all goods and services bought or sold through direct selling. Direct selling entities that are not established in India, but offer goods or services to consumers in India, will also need to comply with the newly notified Rules.

What do the rules say?

Every direct selling entity with operations in India needs to be registered in the country, and have a minimum of one physical location as its registered office within India. The entities will need to make a self-declaration that it is in compliance with these Rules and is not involved in any pyramid scheme or money circulation scheme.

Additionally, such entities are required to store sensitive personal data within India and take steps to ensure the protection of such data.

Further, in order to provide a redressal mechanism for consumers, the Rules mandate that direct selling entities appoint one or more grievance redressal officers and put up their details such as name, telephone number and email address, on their website. The grievance redressal officer will need to acknowledge the receipt of any consumer complaint within forty-eight working hours and redress the complaint within a month. In case of delay, they will need to inform in writing the reasons for delay. Every direct selling entity will need to appoint a nodal officer who will be responsible for ensuring compliance with the provisions of the Act.

In addition, the direct selling entities are now required to maintain a record of all its direct sellers, including their identity proof, address proof, e-mail and such other contact information.

A direct selling entity or a direct seller cannot refuse to take back “spurious goods or deficient services” and provide a refund, or charge consumers any entry fee or subscription fee. They can also not persuade consumers to make a purchase based upon the representation that they can reduce or recover the price by referring prospective customers to the direct sellers for similar purchases.

These Rules also provide for monitoring to ensure compliance. Every State government, the Rules state, will set up a mechanism to monitor or supervise the activities of direct sellers and direct selling entities.

What does the industry say?

The industry has welcomed the new Rules saying it will bring much needed clarity for the sector, which has been dealing with a lot of speculations and allegations, particularly with regards to promotion of pyramid schemes. The industry has stressed that it pushed for these rules as serious players do not indulge in pyramid schemes.