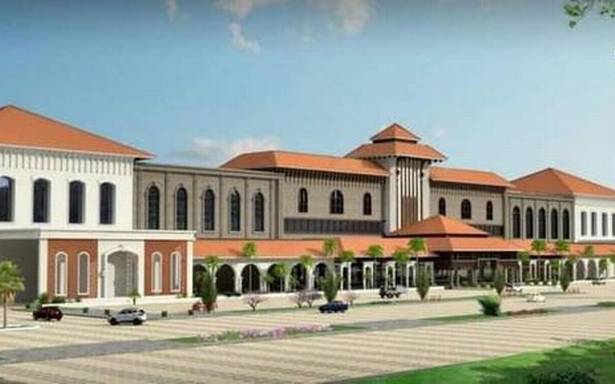 The long overdue proposal to redevelop the Ernakulam Junction railway station by building a modern station has got a shot in the arm, with the Rail Land Development Authority (RLDA) inviting request for quotation (RFQ) for the purpose.

The project to build a multi-rise building in the place of the existing station building is still in its preliminary stage. Private firms or a consortium of firms can participate in the bidding. The Thiruvananthapuram Division of the Southern Railway has already handed over the land where the present station is located to the RLDA. Now, it is up to the agency to take a call on tenders and execute the project, said a senior railway official.

Private stakeholder(s) will have to ready a design which makes optimal use of available space, pool in funds and construct the building. The land will be leased to them for a particular period, and they will be able to make commercial use of whatever space the Railway does not need. But the Railway will operate the entire premises, since it owns the land, he added.

The project’s concept says the station ought to be developed to international standards, as a multi-modal transport hub. The amenities must be disabled friendly too, having acess ramps, lifts, and tactile flooring. There must also be seamless flow of passengers in all weather conditions. The structures must also be eco-friendly and must make maximum use of light and ventilation.

The RLDA, a subsidiary of the Indian Railways, had earlier entrusted KITCO with the task of readying a report on amenities for passengers, eateries, multi-tier parking space for private and public transport vehicles, and a skywalk to the adjacent Kochi metro station (where too commercial space is available), apart from commercial ventures for which space could be earmarked in the building. The last date to submit RFQ is February 22.

. The Thiruvananthapuram Railway Division will involve with the project after the tender is awarded. On its part, the Railway is keen to extend three short platforms by a few hundred metres, so that they can hold trains having 24 coaches. The inadequate availability of lengthy platforms is one reason why express trains are held up outside the station, official sources said.

01/07/2021 India Comments Off on Redevelopment of Ernakulam Jn. station gets a boost
TV & Movies