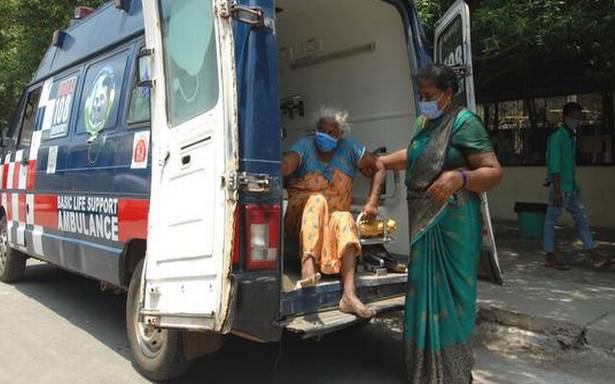 Over 2,300 patients recovered even as eight succumbed to the viral disease in South Coastal Andhra Pradesh in a span of 24 hours.

The number of recoveries continued to be on the higher side while new infections rose by 656 in the districts of SPSR Nellore and Prakasam when compared to the previous day. Recovery rate improved further to 85.43% in the two districts.

Four patients each died in the two districts, taking the toll in the region to 1,625. So far, Nellore district has reported 822 casualties while Prakasam reported 803 since the beginning of the pandemic last year, according to a health bulletin released by the State government on Tuesday night.

The overall tally crossed the 2.26 lakh-mark as 444 persons in SPSR Nellore district and 935 persons in Prakasam district tested positive for the disease.