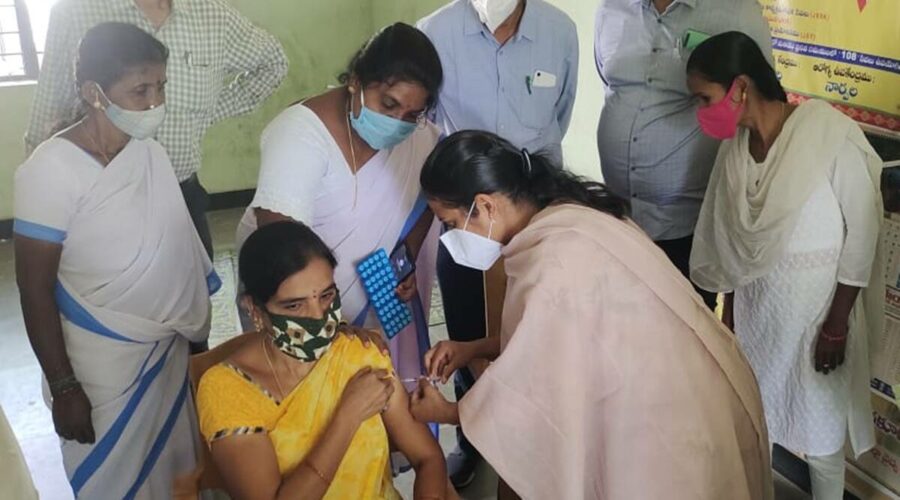 As many as 4,94,096 citizens in the 18-44 age group, primarily mothers with children under five years and those set to travel abroad for study and work, were inoculated in the state. A staggering 13,59,300 people were administered the coronavirus vaccine in Andhra Pradesh on Sunday, in what could be a world record feat in any single province.

As many as 28,917 staff of the Medical and Health Department, 40,000 ASHA workers and 5,000 other staff made the unique feat possible in a marathon 15 hours in 4,589 vaccination centres across the state, Health Commissioner Katamaneni Bhaskar said on Sunday night.

As many as 4,94,096 citizens in the 18-44 age group, primarily mothers with children under five years and those set to travel abroad for study and work, were inoculated in the state.

The final numbers for the day will come only on Monday morning as the vaccination drive is still continuing late into the night, officials said.

In the process, AP also crossed the one crore mark in the administration of the first dose of coronavirus vaccine.

So far, 1.11 crore people in the state got the first dose and 27,38,001 the second shot since the Covid vaccination programme began on January 16.

“This showed that our medical team and other staff can take up over one million vaccinations in a day if the Government of India maintains the (vaccine) supply,” he remarked.

A sum of 1.39 crore vaccine doses (first and second) were administered in the state so far.

The Mega Vaccination Drive, with focus on persons over the age of 45 years and mothers with children under five years and those going abroad for study and work, began at 6 am in all 13 districts of the state and culminated at 9 pm.

West Godavari district topped the list on Sunday by administering COVID-19 vaccine to 1,61,940 people, followed by East Godavari with 1,55,063.

With 5,85,267 doses administered in a single day on June 16, Bihar now stood third in the national list while the fourth spot is again occupied by AP.