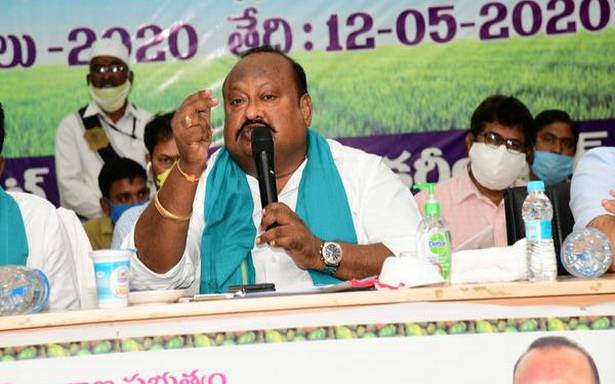 Mr. Rajender, who spoke to the media at Huzurabad on May 18, said the Minister descended on the Constituency ever since he had raised certain questions in the party and government functioning. “Where was he all these days? Did he ever visit the constituency and how can he threaten elected representatives here,” he asked.

He felt that Mr. Kamalakar should follow some basic etiquette as a Minister, and his threats will not work in Huzurabad that always places self-respect at a higher pedestal than anything else. He reminded that despite the best efforts of money and muscle politics by Y.S. Rajashekhar Reddy government then, it was the TRS that won in the by-elections to Karimnagar Lok Sabha.

“That is the kind of self-respect people fight for here, and it would repeat if and when elections are held here,” he claimed, adding people of Huzurabad would give a fitting reply to those who are working to destabilise him politically with false allegations and cases.

The rebel MLA, who has been recently dropped from the Cabinet by the Chief Minister, K. Chandrashekhar Rao, said everyone is aware of the corruption of Mr. Kamalakar in Karimnagar, which he claimed has been turned into a graveyard with illegal mining by the Minister.

“After 2023 you will not be in power and this witch-hunting will haunt you then. I will expose you when the time comes,” he said while philosophically saying no one lives for a thousand years and they should follow some decency in life.

Mr. Rajender was recently dropped as a Minister on charges of acquiring lands in violation of existing norms. His removal was being talked about for a year following ‘differences’ with the Chief Minister.