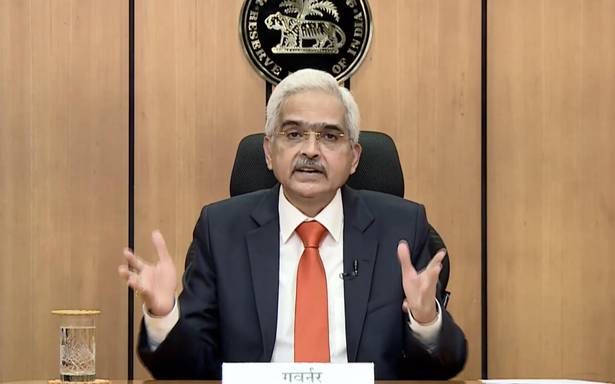 “It also unanimously decided to continue with the accommodative stance as long as necessary to sustain growth on a durable basis and continue to mitigate the impact of COVID-19 on the economy, while ensuring that inflation remains within the target going forward,” he added.

Thus, the marginal standing facility (MSF) rate and the bank rate remain unchanged at 4.25% and the reverse repo rate stands unchanged at 3.35%.

The Governor said in the domestic economy, the focus must now be on containing the spread of the virus as well as on economic revival — consolidating the gains achieved so far and sustaining the impulses of growth in the new financial year (2021-22).

“A key aspect of this strategy will be to strengthen the bedrock of macroeconomic stability that has anchored India’s revival from the pandemic. This will help stakeholders in taking efficient spending decisions over longer horizons, thereby improving the investment climate,” he said.

“Public investment in key infrastructure sectors is a force multiplier with historically proven ability to revive the broader economy by directly enhancing capital stock and productivity, and by attracting private investment,” he added.

Mr. Das said the Reserve Bank is optimistic about a pick-up in demand and expansion of business activity into financial year 2021-22.

The Governor said that the juxtaposition of high frequency lead and coincident indicators reveals that economic activity is normalising in spite of the surge in infections. “Rural demand remains buoyant and record agriculture production in 2020-21 bodes well for its resilience. Urban demand has gained traction and should get a fillip with the ongoing vaccination drive,” he said in the Governor’s statement.

The recent surge in COVID-19 infections, however, adds uncertainty to the domestic growth outlook amidst tightening of restrictions by some state governments, he added.

“In India, we are now better prepared to meet the challenges posed by this resurgence in infections. Fiscal and monetary authorities stand ready to act in a coordinated manner to limit its spillovers to the economy at large and contain its fallout on the ongoing recovery,” he said.

The RBI Governor said that while headline inflation at 5.0% in February 2021 remained within the tolerance band, some underlying constituents were testing the upper tolerance level.

Drawing on its experience in the previous year, the RBI, for the year 2021-22, has decided to put in place a secondary market G-sec acquisition programme or G-SAP 1.0, to give it a distinct character.

Under the programme, the RBI will commit upfront to a specific amount of open market purchases of government securities with a view to enabling a stable and orderly evolution of the yield curve amidst comfortable liquidity conditions.

“The endeavour will be to ensure congenial financial conditions for the recovery to gain traction,” Mr. Das said.

He said, “The Reserve Bank will, of course, continue to do whatever it takes to preserve financial stability and to insulate domestic financial markets from global spillovers and the consequent volatility."