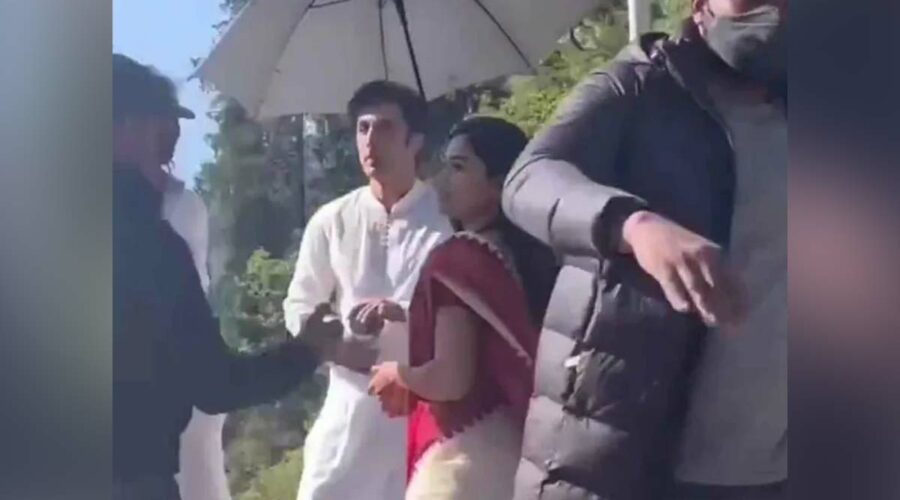 The film ‘Animal’ is being directed by Sandeep Reddy Vanga, the director who got a craze with ‘Arjun Reddy’ in Tollywood. And this film will be produced by Pranay Reddy Vanga (Bhadrakali Pictures), Murad Khetani (Cine1 Studio), Bhushan Kumar & Krishna Kumar (T-Series). Rashmi was taken as the heroine.

In fact earlier in this film Parineeti Chopra wanted to be taken as the heroine. But she said that she could not assign dates because she was starring in the movie ‘Chamkila’. The makers then approached Rashmika and She seems to have said ok right away. Bollywood star hero Ranbir Kapoor has played as a hero in this film.

He recently married Alia Bhatt. After the wedding this couple was ready to take part in the shooting without taking much of a gap. Alia is in the process of completing the films she has agreed to. On the other hand, Ranbir started shooting for ‘Animal’. This film also stars Bobby Deol and Anil Kapoor in key roles.

This film was highly anticipated by the audience. Now this film is being shot in Manali. Some scenes are being shot by Ranbir-Rashmi. However, a video of the two was released at the shooting spot. Ranbir was seen wearing a white kurta. Also Rashmika appeared in white and red saree. This video went viral after a fan shot the video and posted it on social media.