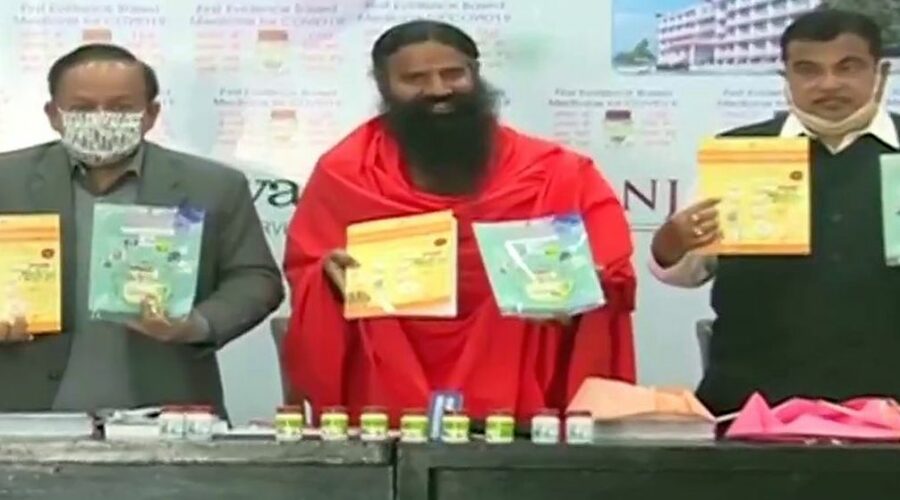 Yoga guru Baba Ramdev on Friday released what he called a scientific research paper on ‘the first evidence-based medicine for Covid-19 (Coronil) by Patanjali’ in New Delhi.

Among those present on the occasion were Union Health Minister Dr Harsh Vardhan and Union Minister Nitin Gadkari.

In a tweet, Patanjali Ayurved said, “Moment of pride!! Efforts of scientists at Patanjali to make corona medicine have been successful today. We are pleased to announce the First evidence based medicine for Covid-19 by Patanjali.”

Speaking on the occasion, Health Minister Dr Vardhan said, “Ayurveda has a Rs 30,000 cr economy in India. As per official data, it used to see a growth of 15-20 per cent every year pre-Covid. Post-Covid, this growth rate has risen to 50-90 per cent. It’s an indication that people have accepted it. There’s marked improvement in exports and FDI.”

Patanjali Ayurved had announced Coronil in June last year as a cure for Covid-19 but was restrained by the health ministry from selling it as one.

The company also faced a trademark battle in courts over the brand name.