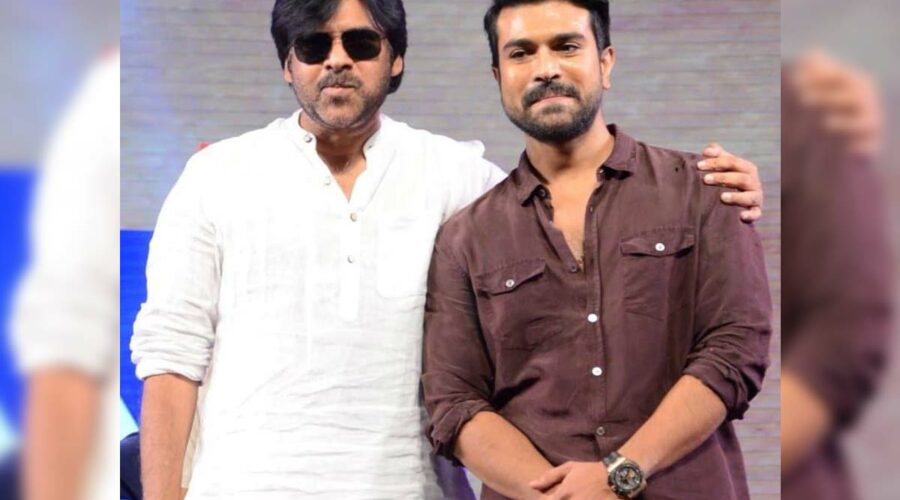 Mega Power Star Ram Charan is currently busy in the production activities of his upcoming much hyped movie Acharya which is gearing up for the grand release on 29th April 2022. Apart from bankrolling this film, Ram Charan is also  playing an important role and his father megastar Chiranjeevi is essaying the main lead. Recently during the media interaction,  Ram Charan  revealed that he will act in a movie with his uncle and actor Power Star Pawan Kalyan. He added that they have already discussed it and we will do it  in the coming days.  Ram Charan also  confirmed that he will produce the multistarrer movie.

Mega fans have been waiting a long time to see if the mega heroes will perform together. Well,  Charan is planning to make a multi-starrer project featuring  him with Pawan Kalyan.

Earlier, the producer T Subbarami Reddy tried to rope in megastar Chiranjeevi and Jana sena Chief Pawan Kalyan for a film, which could not happen due to reasons best known to them. The Mega brothers once revealed that there was no truth in it.

Well, if Power Star and Ram Charan join hands for a movie in the future, it will definitely emerge as one of the biggest onscreen collaborations Telugu cinema has ever witnessed. If it materializes, the movie would have a massive opening across the country.