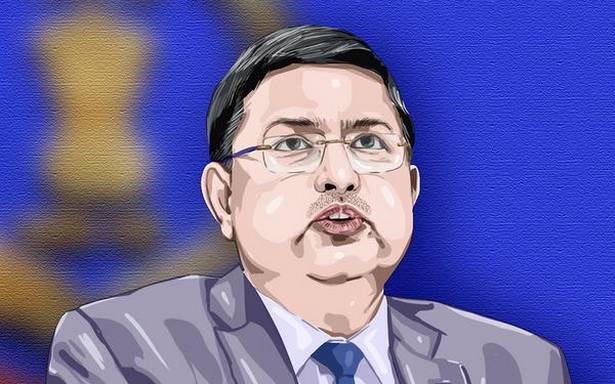 Mr. Asthana has held top posts in multiple central agencies such as the Bureau of Civil Aviation Security (BCAS), the Border Security Force (BSF) and the Narcotics Control Bureau (NCB). For a brief period, he also served as an interim chief of the Central Bureau of Investigation (CBI).

Given his vast experience, there would be high expectations from him within the rank and file of the force. He has already initiated structural and functional changes in the Delhi Police. However, Mr. Asthana’s appointment is being challenged in court by petitions filed by Centre for Public Interest Litigation (CPIL), an NGO, and one Sadre Alam.

The government’s order dated July 27 allowed an inter-cadre deputation and extension of service to Mr. Asthana by one year for his appointment as Police Commissioner just days before his superannuation on July 31. The Delhi High Court has issued a notice to the government and posted the matter for the next hearing on September 8. The High Court has also allowed an application filed by the CPIL for making it a party in the case. Earlier, the Supreme Court had asked the High Court to decide on the issue of Mr. Asthana’s appointment, preferably within two weeks.

The petitioners have contended that the appointment is a clear breach of the Supreme Court’s directive as he did not have a minimum residual tenure of six months; no UPSC panel had been constituted for the appointment; and the appointment violated inter-cadre deputation policy of the All India Service Officers.

While the legal validity of the arguments of both sides would be decided in the court, it is not the first time an IPS officer of a different State cadre has been made the Police Commissioner of Delhi. Ajai Raj Sharma, a 1966-batch IPS officer of the Uttar Pradesh cadre, had headed the force from July 1999 to June 2002.

In the past, Mr. Asthana’s appointment as the CBI Special Director on October 22, 2017, was also challenged by an NGO, Common Cause. However, after hearing the case, the Supreme Court dismissed the PIL plea, holding that the decision was not illegal.

Back then, CBI Director Alok Kumar Verma had submitted a two-page dissent note to the administrative supervisory body, Central Vigilance Commission (CVC), opposing Mr. Asthana’s elevation. He had mentioned that Mr. Asthana’s name had come up in connection with a case involving Gujarat-based Sterling Biotech and Sandesara Group. Later, he got a clean chit in the matter.

The feud between Mr. Verma and Mr. Asthana continued for months. It culminated in the registration of an alleged bribery case against Mr. Asthana and others in October 2018. As it turned out, he had, in a communication to the Cabinet Secretary in August 2018, highlighted the alleged irregularities on the part of Mr. Verma.

After the battle shifted to the court of law, the Central government stepped in to divest both officers of their responsibilities after a CVC recommendation. A special investigation team was set up to look into the charges against the two officers. Mr. Asthana was later cleared of the allegations.

Born in 1961 in Ranchi [then in Bihar], Mr. Asthana did his schooling from Netarhat School and pursued higher studies in St. Xavier’s College (Ranchi) and then in Jawaharlal Nehru University. Among the cases pursued by Mr. Asthana were the Purulia arms drop case and the fodder scam. He headed the probe into the 2002 Godhra train burning case in which 59 Hindu pilgrims were killed.

In January 2019, Mr. Asthana was appointed BCAS chief and in July, he was given the additional charge of the NCB. He then became the BSF Director-General in August 2020. Under his supervision, the NCB conducted investigations into the drug smuggling allegations after the death of actor Sushant Singh Rajput, and made several arrests, including that of Rhea Chakraborty and her brother Showik.