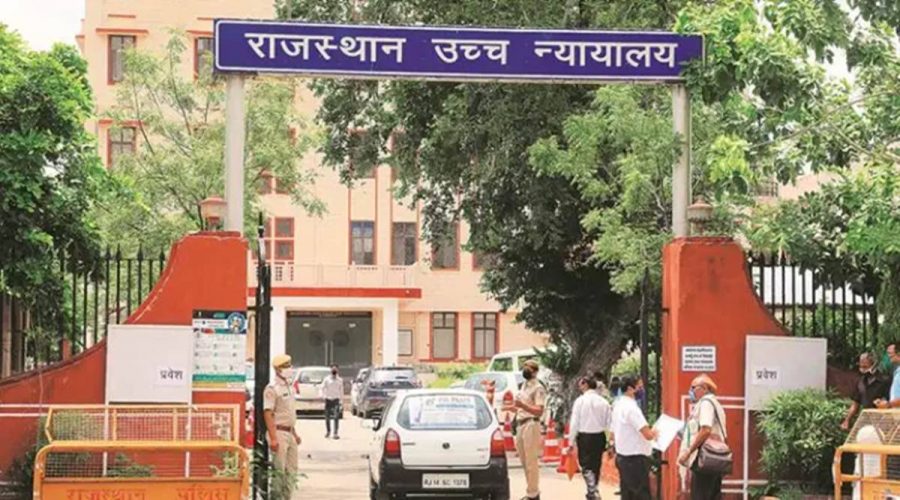 The case relates to the state police’s FIR on October 1 against Lokendra Singh and Aaj Tak’s Jaipur-based editor Sharat Kumar, accusing them of spreading “misleading and fake news” regarding tapping of phones of MLAs sequestered at a hotel in Jaisalmer. Singh had approached the Rajasthan High Court last week seeking quashing of the FIR lodged against him in connection with the phone tapping case. Hearing the case, a bench of Justice Goverdhan Bardhar stayed any coercive action against Singh and directed the police to put up a case diary on next hearing.

The case relates to the state police’s FIR on October 1 against Lokendra Singh and Aaj Tak’s Jaipur-based editor Sharat Kumar, accusing them of spreading “misleading and fake news” regarding tapping of phones of MLAs sequestered at a hotel in Jaisalmer.

On August 7, the Pilot camp had accused the CM of tapping the phones of at least six MLAs belonging to his own camp staying at Hotel Suryagarh in Jaisalmer, with the help of the police. It had also shared a document purportedly showing a list of calls made to the MLAs.

“The court has said no coercive action will be taken against Lokendra. We argued that the offence is simply not made out. Under IPC 505 (1) [whoever publishes any statement, rumour or report] you can’t have an FIR, because it is non-cognisable. Under 505 (2) [statements creating or promoting enmity, hatred or ill-will between classes], you can file an FIR, but no offence is made out,” Singh’s lawyer S S Hora said.

Since 505 (2) requires that a statement leads to enmity and thus makes for an offence, “but between August 7 and till date, there has been no offence, no incitement, hence it falls completely short,” Hora said. “Second, I said that the same news was carried by News 18…[the FIR] is a method of curbing freedom of speech and it cannot be permitted,” he added.

Apart from IPC sections 505 (1) and (2), the FIR was lodged under 120 B (criminal conspiracy), along with Section 76 of the IT Act. Under the latter, an electronic device linked to any violation under the Act “shall be liable to confiscation”.

Lokendra Singh said: “This is a relief and indeed justice. We were not conspirators and the story had already been broadcasted on national and regional channels. Police agencies’ claim that we are conspirators or that we produced it is incorrect.”

Police have accused Singh and Aaj Tak’s Jaipur-based editor Sharat Kumar of cooking up a story of MLAs calls being recorded during the political crisis in the state in August. Kumar, however, has maintained that by the time it was telecast on Aaj Tak, it had already played on other national and regional channels in morning and afternoon.

Singh said that after a story is telecast on news channels and “if I’m sharing it with friends – not even publishing it – or shared it in any official capacity, then how can we be conspirators?”

The People’s Union for Civil Liberties called the police action “vindictiveness of the Rajasthan Government led by CM Ashok Gehlot”, and asked it to “come clean on the issue of phone tapping”.