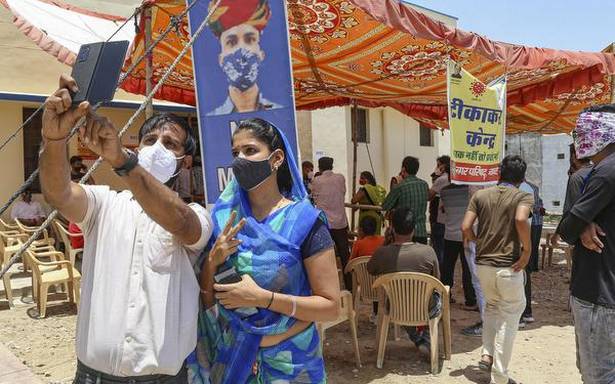 Restrictions will be eased where positivity rate is less than 10%

The Rajasthan government on Monday modified the COVID-19 lockdown to partially allow commercial activities following a decline in the infection cases. The restrictions will be eased at the places where positivity rate is less than 10% and the use of medical oxygen, ICU and ventilators has been reduced to less than 60%.

The new guidelines, which will be applicable from June 2, have divided all districts and village panchayats into three categories for gradually lifting the restrictions. Principal Home Secretary Abhay Kumar said the activities would be allowed based on the people’s adherence to the COVID-appropriate behaviour.

While the earlier restrictions on the opening of shops, parks, malls, educational institutions, religious places and wedding functions will continue, the intra-district traffic will be allowed on the roads between 5 a.m. and 12 noon. This permission will be extended to the traffic between cities, villages and districts from June 8.

Public transport, including the State roadways and private buses, will be allowed from June 10, for which separate orders will be issued. The number of staff members in the government offices will be increased from the present 25% to 50% from June 7.

According to the guidelines, private offices will be allowed to function till 2 p.m. everyday with the presence of 25% staff. The Rural Development Department will issue separate orders for restarting the works under the Mahatma Gandhi National Rural Employment Guarantee Scheme in the villages.

The Collectors of all districts were instructed to prepare decongestion plans in their respective areas after consulting the local citizens and traders’ bodies. The shops situated on different floors would be opened alternately in the commercial complexes which were not air-conditioned, said the guidelines issued by the Home Department.