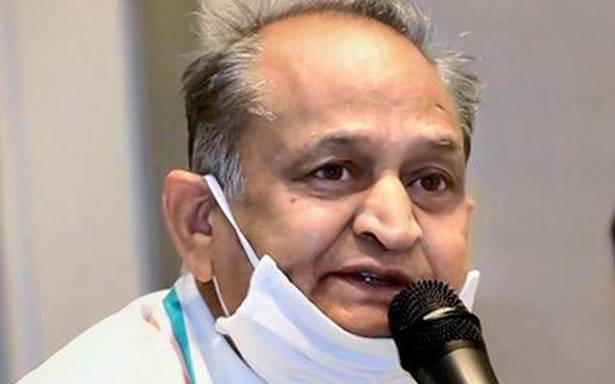 After a prolonged tussle with the BJP government at the Centre, Rajasthan Chief Minister Ashok Gehlot on Sunday announced free COVID-19 vaccination for the people above 18 years, while affirming that the State government would be forced to slash the budget for its development works and social security schemes in order to allocate funds for inoculations.

“There are about 3.75 crore people in the age group of 18 to 45 years in Rajasthan. The State government will spend ₹3,000 crore on their vaccination,” Mr. Gehlot said. Orders were being placed with the vaccine manufacturing companies, he added.

The Chief Minister said it would have been better if the Centre had agreed to incur the cost of vaccination for the 18-45 age category, as it did in the case of those above 45 and 60, because it would have saved the State’s budget from getting disturbed. Mr. Gehlot had raised the issue of free vaccination during a video-conference meeting with Prime Minister Narendra Modi on Friday.

While demanding uniform pricing for COVID-19 vaccines and free inoculations to all those above 18 years, Mr. Gehlot had warned that the “youths’ resentment” against the Union government would increase on not getting free vaccine.

Though the Centre has announced vaccination of every person above the age of 18 years from May 1, the inoculations in Rajasthan will depend on the availability of shots. Medical & Health Minister Raghu Sharma said the Serum Institute of India, which manufactures Covishield, had informed the government officials that the vaccine was not available.

Mr. Gehlot said Rajasthan had occupied first rank among big States, and second in the country, in vaccinations by inoculating over 1.20 crore people so far. “We are developing Rajasthan as a State with zero-cost health system through our free medicine and diagnostic tests schemes as well as the Chiranjeevi health insurance scheme launched recently,” he said.

The Chief Minister said the Centre should ask the vaccine manufacturing companies to reduce the prices of vaccines being supplied to the States.The vaccine should be made available at a uniform price of ₹150 to the Centre and the States, he said.