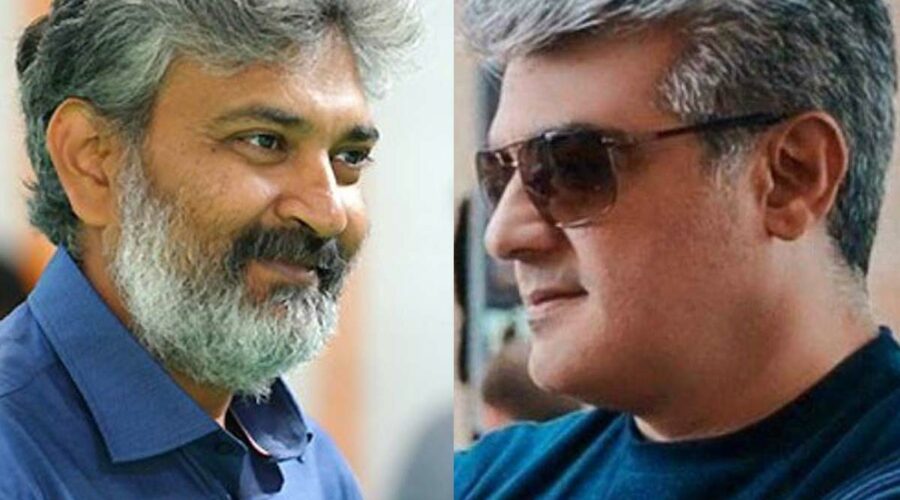 Recently Tamil star Ajith penned an open letter to the media and public, requesting them to not refer to him as ‘Thala’ anymore.  Ajith Kumar had said, “I wish to be referred to as Ajith, Ajith Kumar or just AK, and not as ‘Thala’ or any other.

Prefix before my name. I wish you all a beautiful life filled with good health, happiness, success, peace of mind and contentment forever.” SS Rajamouli, director of  big budget film RRR starring Jr NTR and Ram  Charan, who is busy promoting his film,  also reacted on this topic and  said he was totally impressed with Ajith for making such a call.

RRR helmer added, “I really admire the recent thing that Ajith did, he asked the fans to avoid calling him #Thala from now on. Just Ajith / AK / Ajithkumar is enough to address him”

For over two decades now,  the fans have attached the moniker to his name since it was popularized in his 2001 film Dheena.  It is common for the  film makers to also attach the prefix to Ajith’s name on title cards when his movies release. Several other Tamil stars have monikers such as  Ulaganayagan Kamal Haasan, Chiyaan Vikram, Thalapathy Vijay, and so on.

Rajamouli burst reply over IT raids

Wife Rama says this to Rajamouli, Its heart-breaking