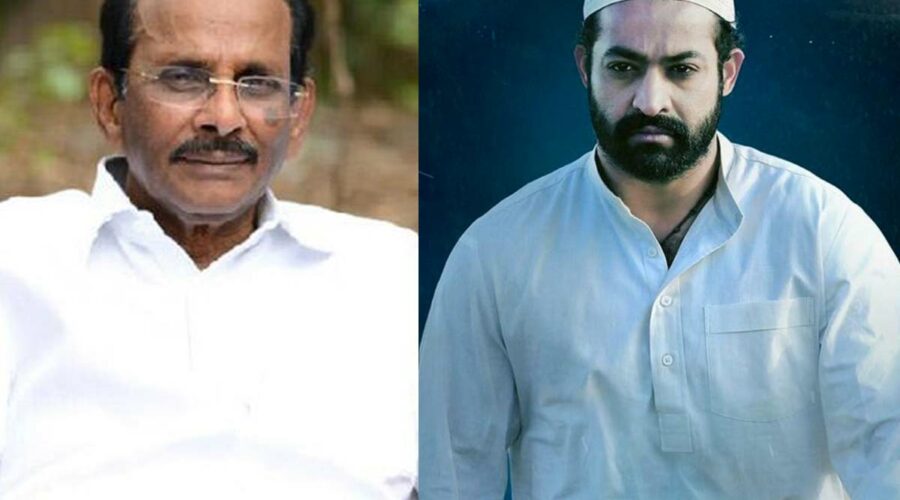 SS Rajamouli’ directorial venture RRR is slated to hit the theaters on 13th October. Even before the release of RRR, Jr NTR and Ram Charan starrer has attracted controversies. Writer Vijayendra Prasad addresses the controversies and promises that RRR is nothing like Baahubali. It is known that when  the makers released the RRR Roar and it  created noise on social media.  Rajamouli was trolled for showing Jr NTR in a muslim cap. Jr NTR who is playing the role of Komaram Bheem was dressed in the traditional outfit of a Muslim character and Ram Charan’s Alluri Sitarama Raju dressed as a cop in their respective character teasers.

Addressing the criticism received for Jr NTR’s appearance in his character teaser, Vijayendra Prasad said, “I want to tell you the exact reason behind it. He is being haunted by Nizam of Hyderabad. So, he is trying to escape people of Nizam police. So, what is the best camouflage?. He is playing a Muslim boy so that he won’t be cut.”

When  Vijayendra Prasad was asked about Ram Charan in the role of a cop, he said, “There is a story behind it, which will be pleasantly surprising.”

RRR, which was initially meant to hit the theaters on 30th July, 2020, was delayed due to the Coronavirus pandemic.  Rajamouli’ magnum opus will now come out in October.