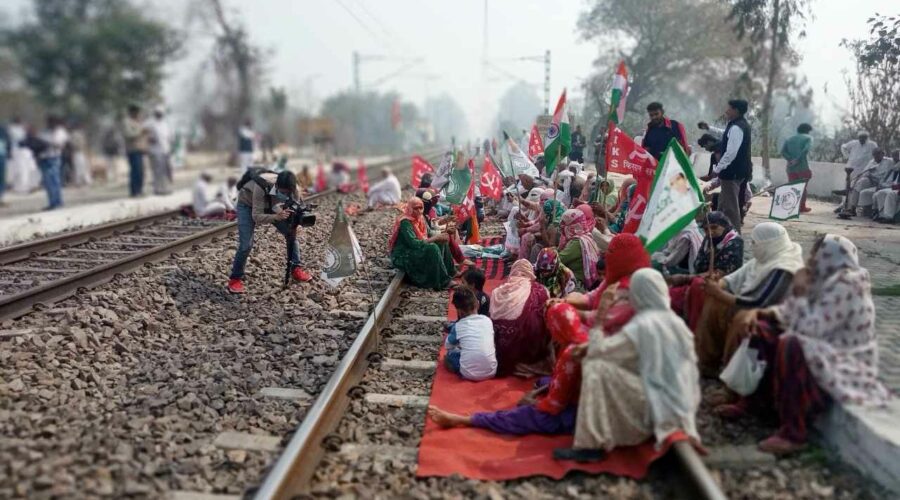 According to a senior police officer, protests were held at 45 places on railway tracks but they were mostly peaceful. Women protesters in Haryana were at the forefront of the countrywide ‘Rail Roko’ campaign against the central farm laws on Thursday, as they dominated demonstrations during which movement on trains on several railway tracks across the state was halted. At some places, the protesting women were even seen dancing to folk songs while elders sat puffing on their hookahs on railway tracks.

According to a senior police officer, protests were held at 45 places on railway tracks but they were mostly peaceful. He added that the Railways had tweaked the timings of trains keeping in mind the ‘Rail Roko’ call. At several protest points, a sizeable massing of demonstrators, led by women, was seen.

At Barsola in Jind district, over 1,000 women protesters from neighbouring villages reached the nearest railway track to join their male counterparts who were also out in equal numbers. They sat on the Jind-Delhi railway line, blocking movement of trains from 12 noon to 4 pm on Thursday.

Karni Devi, a 70-year-old protester from Barsola, presided over a meeting of demonstrators. The women had reached the protest venue in tractor-trolleys, raising slogans against the government and for farmers’ unity.

“Women have been standing shoulder-to-shoulder with men during the ongoing farmer protest. We will keep participating in the agitation till all three farm laws are repealed. The Khap panchayats earlier used to keep women in the back row. Now, they want us to take the front seats. This movement will also help women break free from certain customs such as purdah (veil),” said Sikkim Nain, president of the women’s wing of the Bharatiya Kisan Union (BKU) in Jind.

The farmers’ organisations deployed their volunteers to prevent any damage to public property during the “Rail Roko” agitation. Since the affray on Republic Day and the storming of the iconic Red Fort complex, a feeling has grown among protesters that any violence might harm their agitation. The volunteers on Thursday caught a drunken man at Barsola railway as he tried to throw a stone on a moving train close to noon. Also, before leaving for their homes at the end of protest, a five-member delegation of farm leaders in the state met railway officials, informing them that everything was in order at the sit-in points. They also urged the officials to visit the spot to verify their claim. In a video message to farmers ahead of the ‘Rail Roko’ call, Haryana BKU leader Gurnam Singh Chaduni had said, “We have to make it a peaceful event. Don’t indulge in vandalism anywhere. We don’t have to resort to stone pelting even if the police, somewhere, commit atrocities on us. We have to tolerate police lathicharge and use of water cannons.”

The overwhelming response to the ‘Rail Roko’ call seems to have dulled the hopes of the ruling BJP-JJP coalition that the protests will fizzle out in some time. Even with the protests now spanning three months and counting, the support for the agitating farmers only seems to be growing by the day and the movement spreading to new areas. The BJP’s heavy defeat in the civic polls in neighbouring Punjab, which is being seen as an expression of anger over the farm Bills, has emboldened and energised the Haryana protesters. At most protest sites in the state on Thursday, farmer leaders cited the BJP’s civic poll rout in Punjab, urging the demonstrators to persevere.

With the agitation turning out to be a long-drawn affair, farmer leaders in the state have now decided to send the protesting food growers to sit-in sites on the borders of Delhi by rotation. Azad Palwa, a Khap leader from Jind, said, “As many as 15 farmers from every village will go to toll plazas daily and stage dharnas. Their turn will come again after a week. Farmers going to protest points on Delhi’s borders will stay there for a week before another group replaces them.” 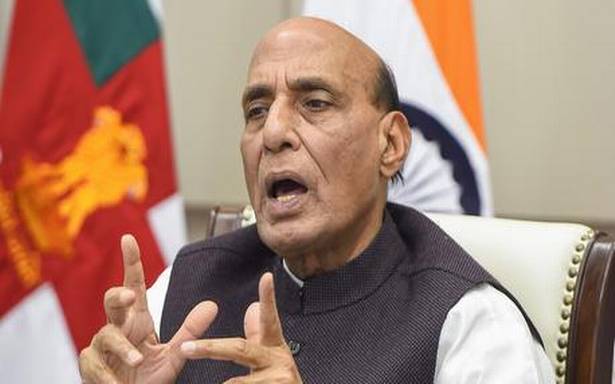