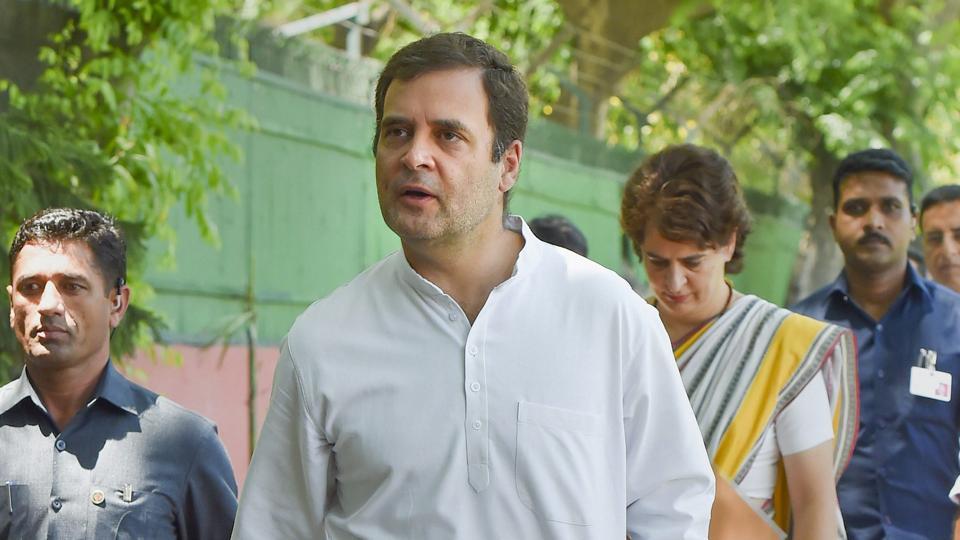 As the suspense over Congress president Rahul Gandhi’s apparent reluctance to lead the party continues, senior leader and Rajya Sabha member Abhishek Singhvi on Tuesday called for drastic changes in the organisation, including putting age-limits for appointments to key posts in the party.

He also suggested Gandhi to consider undertaking a “yatra” [a march] to bolster the connection with the people. “As a concerned Congressman, I feel Rahul should not resign as it would be playing in the BJP’s hand. I believe he should consider a 90 or 180-day-long train [tour]-cum-padyatra. It will certainly help in better connection with people,”he said.

Following the party’s debacle in the Lok Sabha election, the Gandhi had offered to step down from the party president’s post at the Congress Working Committee (CWC) meeting but the latter rejected the idea. Close aides say Gandhi is still adamant not to continue at the top post.

The CWC, the party’s highest decision making body, authorised him to rejig the organization but Gandhi has not returned to the Congress office ever since. Amid the rumblings, three state chiefs of the party have already quit their posts. The Congress secured just 52 seats in the Lok Sabha polls while the Bharatiya Janata Party-led National Democratic Alliance stormed back to power by winning 353 seats.

“Posts such as general secretaries or CWC membership can’t be ornamental ones. People in these posts must bring value. At least 40% to 50% of these leaders must be changed.Gandhi must get a free hand to redesign Congress with fresh blood,” he said

05/29/2019 India Comments Off on ‘Rahul Gandhi should go on a padyatra to connect with people’: Abhishek Singhvi
India