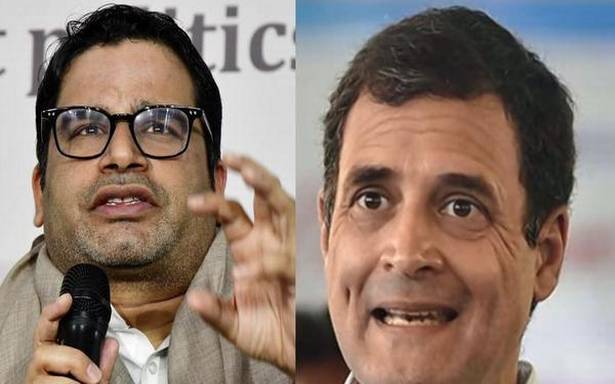 The Pegasus spyware can secretly unlock the target’s phone, computer or other devices, collect information and transfer it to another device

Two mobile phones used by Mr. Gandhi appeared on the list — one was added in 2018 when he was the president of the Congress party and the other after the 2019 Lok Sabha elections, according to the reports. Numbers belonging to at least five of Mr. Gandhi’s close friends and other Congress party officials, including Sachin Rao and Alankar Sawai, also figured on the list, which also has the names of dozens of journalists, activists and healthcare experts.

At least one number once used by Pakistan Prime Minister Imran Khan as well as hundreds of others in the country also appeared on the list.

The phones targeted were infiltrated by a malicious software called Pegasus, which is sold by the NSO Group. The spyware can secretly unlock the target’s phone, computer or other devices, collect information and transfer it to another device without the permission of the user. The Israeli company has said it sells Pegasus only to government agencies to fight terrorism and other serious crimes and that it does not operate the spyware licensed to its clients.

Those who were targeted in India included The Wire’s editors Siddharth Varadarajan and M.K. Venu, journalist Sushant Singh and Mr. Kishor, a forensic analysis found. The phone of Mr. Kishor, who had worked with the TMC in West Bangal and DMK in Tamil Nadu that went to polls in April, was found to have been compromised as recently as July 14.

Investigations confirmed the Pegasus attack, or signs of potential targeting, on phones linked to 10 Indian numbers and 27 phones around the world, according to The Guardian.

The family members of a Supreme Court employee who had accused the then Chief Justice Ranjan Gogoi of sexual harassment in 2019 are on the list. Mr. Lavasa, who is on the list, served as an Election Commissioner between January 2018 and August 2020, and had expressed dissenting views on the three-member election panel’s ruling that Prime Minister Narendra Modi had not violated the Model Code of Conduct in 2019.

Others on the list include Gagandeep Kang, a well-known virologist, M. Hari Menon, the India country head for the Bill and Melinda Gates Foundation, and two employees of the U.S. Centers for Disease Control and Prevention based in Delhi.

Forbidden Stories, a Paris-based non-profit organisation, and Amnesty International got access to the list of thousands of potential targets worldwide and shared it with 17 media publications, including The Wire, The Guardian and The Washington Post. Amnesty’s International’s Security Lab provided forensic analyses and technical support, while Forbidden and the media houses conducted the investigation, called the Pegasus Project.

“If your information is correct, the scale and nature of surveillance you describe goes beyond an attack on the privacy of individuals. It is an attack on the democratic foundations of our country. It must be thoroughly investigated and those responsible be identified and punished,” he said in a statement.

India’s Ministry of Electronics and Information Technology, according to The Washington Post, said the claim of government surveillance of specific people “has no concrete basis or truth associated with it whatsoever.” However, the government refused to answer to a question on whether it is a client of NSO, The Post reported.