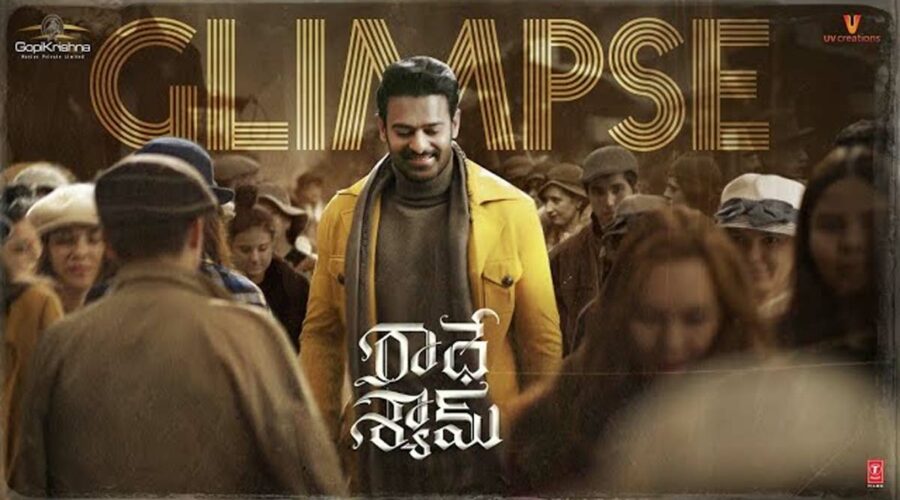 On the occasion of Valentine day this year, the makers of upcoming romantic movie Radhe Shyam starring Young Rebel Star Prabhas and Pooja Hegde, released the glimpse.  The  52-second video grabbed several eyeballs.  Set in a train station, in Italy,  it featured Prabhas shouting in Italian as several women turned around to see what he was saying. Later Pooja Hedge asked him if he thought of himself to be like Romeo, to which he replied, “I’m not that type. Romeo is someone who died for love.” Now according to the latest update, Prabhas Radhe Shyam Telugu glimpse created a record on Youtube as it garnered 500k Likes.

In  Radhe Shyam glimpse, Prabhas and Pooja Hegde were seen comparing their romance to that of Romeo and Juliet, with Prabhas’s character proclaiming that he would never die for love.

Directed by Radhe Krishna Kumar,  backed by T-Series and UV Creations, and presented by Krishnam Raju, Prabhas starrer Radhe Shyam is touted to be an epic romantic saga, where the plot revolves around reincarnation.