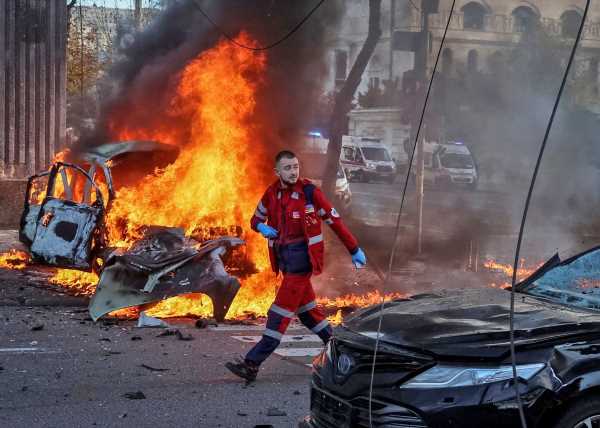 Six people were killed and 51 more were injured in Monday’s strikes on Kyiv, the Ukraine capital.

Putin blames the bridge explosion on Ukraine and threatens more strikes in response to what he calls ‘terrorist attacks’.

The attack on the bridge badly damaged the only link between Russia and occupied Crimea, a key route for Russian military supplies for the war.

Monday’s explosions, which came shortly after 8:00 local time, were the largest such attacks in the Ukrainian capital in months.

The latest scenes from Putin’s invasion of Ukraine: