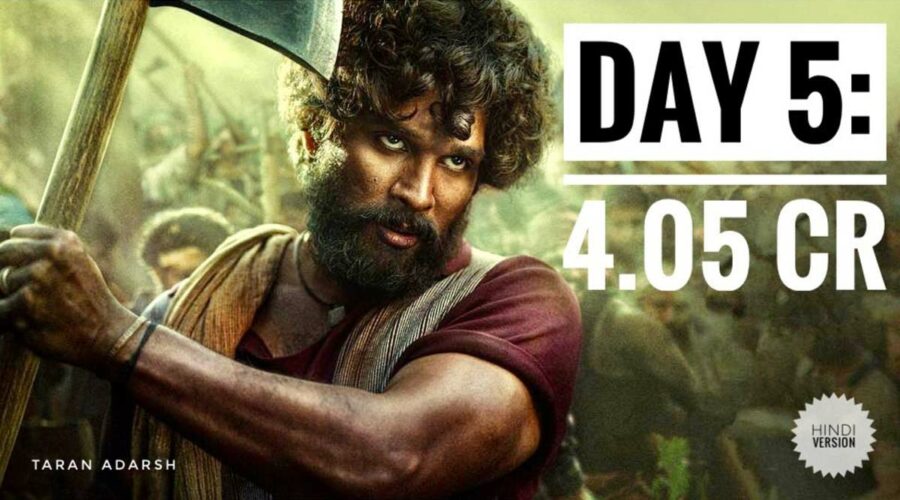 Pushpa Collections: Pushpa: The Rise starring Allu Arjun and Rashmika Mandanna, directed by Sukumar, hit the cinemas on 17th December in Hindi,  Telugu, Tamil, Malayalam and Kannada.  The movie turned out to be a major crowd puller. During the success party of the film on Tuesday, 21st December Allu Arjun addressed the audience and thanked them for the overwhelming response. Now according to the latest report, on its 5th day  Pushpa earned Rs 4.05 Cr at the Indian box office and total 5 days collections of Allu Arjun starrer is Rs 20.14 Cr.

The rural drama Pushpa follows the story of Pushpa Raj, a red sandalwood smuggler, who becomes the king of the smuggling business. We have already reported that Sukumar has removed a romantic scene featuring Allu Arjun and Rashmika Mandanna.

Pushpa has  collected over Rs 200 Cr gross from its all the  languages and this only goes to prove that Allu Arjun’s Telugu film has performed extremely well at the domestic box-office regardless of having a stiff competition with Hollywood superhero film Spiderman: No Way Home.