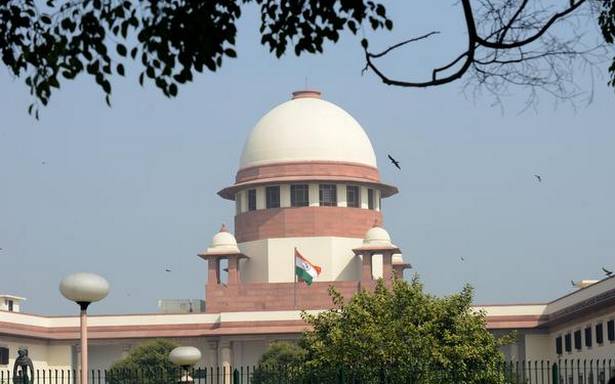 It is among worst forms of crime: SC

It is a crime to punish a person for falling in love and yearning to have a life in each other’s company, the Supreme Court has said.

“You cannot punish someone for falling in love,” Chief Justice of India Sharad A. Bobde observed orally at a hearing on Tuesday. It was among the worst forms of crime, he said.

The Chief Justice, leading a three-judge Bench, was hearing the case for granting bail to 11 former khap panchayat members who ordered the murder of a Dalit boy, his cousin and a girl. The boy had eloped with the girl. The cousin had helped them run away. They returned to the village a few days later, thinking the anger had cooled. They were caught and hanged from a tree. The genitals of the both boys were burnt before they were hanged.

The “Mehrana honour killing” created a furore against the endorsement of honour crimes by the khap panchayats.

The Uttar Pradesh government objected to the plea for bail on health grounds.

The court ordered, in the best interest of justice, the probation officer of the Agra and Mathura central jails to interview the convicts, examine their records and submit a report in two weeks. The report should also specify the period of incarceration.

“The report shall indicate their present state of health — physically and mentally — and shall, in particular, state whether their release would create a problem, in the sense that would they be inclined to rake up the incident and create trouble for others or themselves. The report shall also indicate, in case it is found fit to release them by this court, the district other than the district where the incident occurred in which they could be asked to reside for their own safety and the safety of the others,” the court ordered.

The case will be taken up after two weeks.

01/06/2021 India Comments Off on Punishing a person for falling in love is a crime: Supreme Court
TV & Movies