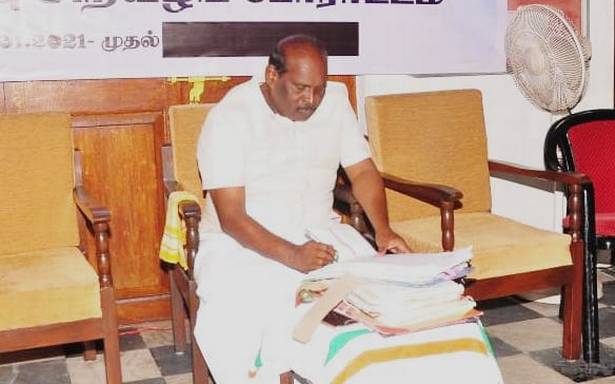 Social Welfare Minister M. Kandasamy on Thursday spent the Pongal day at the Assembly as part of his day-night agitation seeking an audience with Lt Governor Kiran Bedi to discuss issues concerning his ministry.

The Minister had already announced his decision not to celebrate Pongal to express solidarity with hundreds of people working in societies without salary for several months.

As the agitation entered the fifth day on Thursday, the Minister wrote another letter to the Lt Governor on Wednesday including 21 more subjects concerning his ministry to be discussed.

The Minister had on January 9 submitted a letter to Ms. Bedi seeking an appointment to discuss around 15 pending issues pertaining to his ministry.

In reply to the latest letter, the Lt Governor said the administrative secretariat was looking into the issues.

“I understand that the issues raised in both the letters are under examination in the light of relevant scheme rules, by the concerned Administrative Secretariat branches,” the Lt Governor said in her reply on January 13.