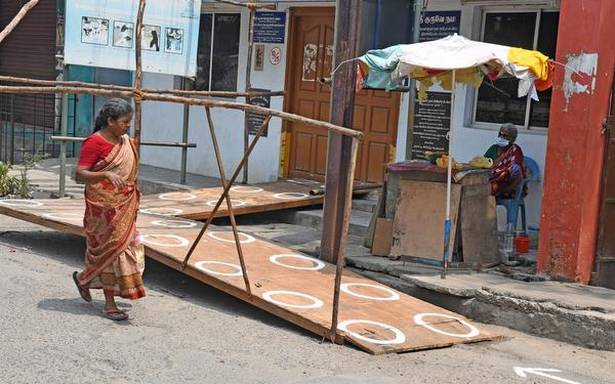 The Union Territory of Puducherry is all set for polling day today with an estimated 10.04 lakh voters registered to exercise their franchise in the elections across 30 constituencies to choose the 15th Puducherry Assembly.

A team of 6,835 polling personnel, including 2,833 women officials and 719 Central Government employees will be on poll duty.

Nellithope and Ozhukarai constituencies will have two ballot units as there are 16 candidates in the fray for the two seats.

Chief Electoral Officer Shurbir Singh has said that voter slips alone would not suffice to be able to vote and electors need to produce EPIC or any one of the 11 prescribed documents to establish identity.

Elaborate COVID norms are in place across polling stations. Voters need to adhere to social distancing and wear face masks before entering the booth. Thermal scanners and hand sanitisers have been put in place and voters will be given a glove to press the EVM button.

Security has been strengthened to ensure smooth conduct of polling. Central Armed Police Force units have been deployed at 330 vulnerable stations, including 278 in Puducherry, and 16 critical polling stations in Yanam.

Towards ensuring an incident-free elections, 40 companies of the Central Armed Police Force are assisting local police (2,420 personnel) IRBn (901) and home guards (1490). While 27 CAPF companies are positioned in Puducherry, six are deployed in Karaikal, four in Yanam and three in Mahe.