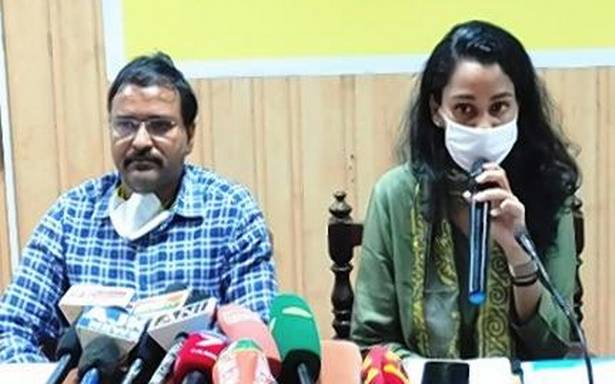 ‘Specific to unlawful acts under MCC’

District election officials have clarified that the prohibitory orders under Section 144 of the Code of Criminal Procedure (Cr.PC), issued for a 48-hour silent period before the polling day on April 6, were specific to certain unlawful acts under the model code of conduct (MCC) and did not amount to a public curfew of any sort.

The imposition of prohibitory orders take effect in Puducherry from 7 p.m. on April 4 and would be in force till 7 a.m. on April 7 (the day after polling on April 6).

Purva Garg, District Collector and District Election Officer (DEO), told presspersons on Friday that the prohibitory orders issued on March 22 as mandated by the Election Commission of India (ECI) were specifically targeted at certain acts, including unlawful assembly; possession of weapons, sticks and banners; sloganeering; use of loudspeakers; and any other acts that were in any manner detrimental to peace and tranquillity.

However, the law does not prohibit door-to-door campaigning during the 48 hour period.

The prohibitory orders did not apply to religious functions, marriages, funerals or other polling-related activities.

Another prohibitory order under Section 144 on March 26 was aimed solely at restricting the presence of political functionaries to constituencies they were entitled to be in and prevent engaging in activities that can disturb the polling process.

“There is nothing extraordinary about these orders as these are standard practices during election time” Ms. Garg said.

“In fact, we appeal to voters to come out in large numbers of polling day to exercise their franchise and raise the average polling percentage from the traditional 80-85% range to reach a 100% turnout this time,” she said.

On the preparedness, Ms. Garg said there were 1,324 polling stations, which included 1,217 in Puducherry, 47 in Mahe and 60 in Yanam. All stations had been equipped with optimal facilities. The DEO said COVID-19 norms would be in place and all personnel who volunteered for immunisation were vaccinated.

The administration has deployed 28 companies of the Central Armed Police Force (CAPC) in Puducherry and three each for Mahe and Yanam enclaves to ensure the peaceful conduct of the election.

The measures were aimed at a peaceful and free and fair elections, S. Sakthivel, Deputy DEO, said.

Persons with disabilities could register on the helpline 1950 to avail of free transportation to the polling booth and back home.