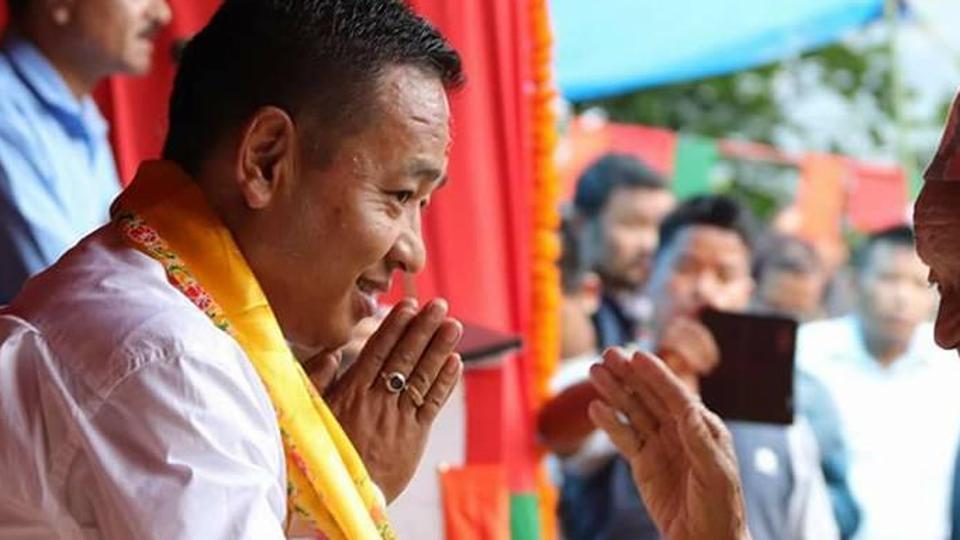 Bringing down the curtains on Pawan Kumar Chamling’s 24-year rule, Prem Singh Tamang, better known as P S Golay, emerged as the new satrap of Sikkim, when his party, the SKM, bagged 17 of the 32 assembly seats in the state in the just-concluded polls.

Once a founder member of the Chamling-led Sikkim Democratic Front, Golay had rebelled against the former chief minister and floated the Sikkim Krantikari Morcha in 2013, alleging corruption and misrule under his parent party.

Soon in 2014, SKM positioned itself as a formidable opposition, winning 10 assembly seats.

But it was perhaps the fear of rejection of his nomination by election authorities in the wake of his conviction in a corruption case that Golay decided to not contest the assembly polls this time.

Born to Nepali parents, Kalu Singh Tamang and Dhan Maya Tamang on February 5, 1968, Golay graduated from a college in Darjeeling and joined as a teacher in a state-run school.

He quit the government service three years later to take up social service before joining SDF.

The three-decade political journey of Golay has been eventful. He was elected to the Sikkim Assembly for five terms in a row since 1994 and served as a minister in the SDF government till 2009.

After Chamling denied him a ministerial berth during the fourth term of the SDF government (2009-14), Golay fell out with his mentor and floated his outfit. He resigned from all SDF party duties and assumed the responsibility as the SKM chief.

In 2016, Golay was convicted for misappropriating government funds between 1994 and 1999, and his membership in the assembly was terminated the year after.

The 51-year-old earned the dubious distinction of becoming the only politician in the state who has been disqualified from the assembly following the conviction.

He challenged the verdict in the Sikkim High court, which upheld the order prompting Golay to surrender.

In 2018, when he stepped out of jail, Golay was received by thousands of supporters who took out a procession in a show of solidarity for their leader.

Notwithstanding the setback, Golay successfully led the SKM to power in Sikkim this year, vanquishing an astute politician like Chamling.

He carried out sustained campaigns across the state, ensuring that the SKM romps to victory in the assembly, albeit by a slender majority.