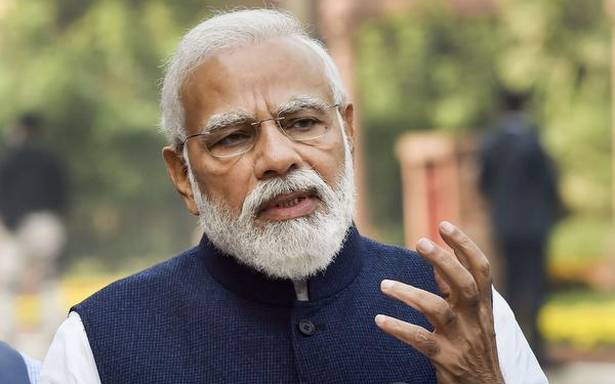 Prime Minister Narendra Modi on December 4 on the occasion of Navy Day praised the navy personnel for their outstanding courage and professionalism.

"Greetings on Navy Day. We are proud of the exemplary contributions of the Indian navy. Our navy is widely respected for its professionalism and outstanding courage. Our navy personnel have always been at the forefront of mitigating crisis situations like natural disasters," Mr. Modi said in a tweet.

Navy Day is celebrated every year on December 4, as on this day in 1971 during the Indo-Pak war Indian Navy undertook Operation Trident in which its missile boats carried out an audacious attack to sink enemy ships.

12/04/2021 India Comments Off on Proud of exemplary contributions of Indian Navy: Modi
India