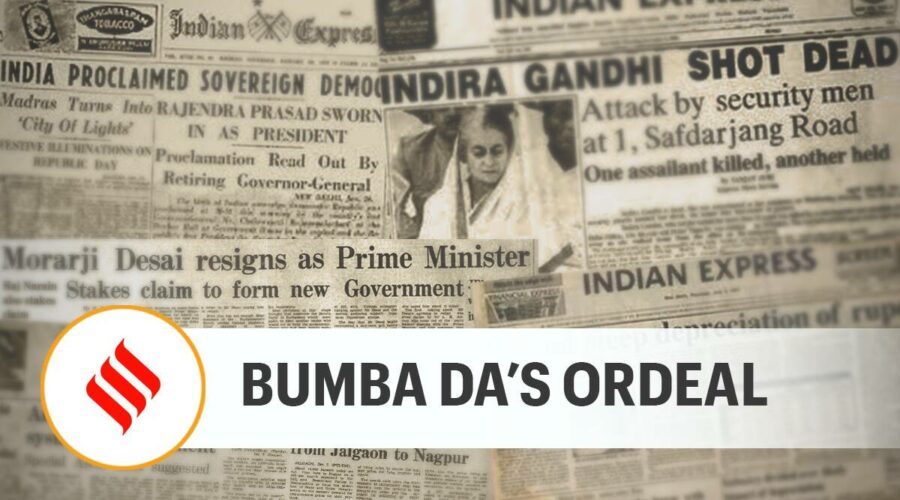 The entire episode may be the result of taking political rhetoric too literally. Prosenjit sir, Pradhan Sewak isn’t the chief customer care officer. Spare a thought for the tribulations of Bumba da. Arguably the biggest star in Bengali cinema over the last couple of decades, he suffers like an urban, upper-middle-class everyman. Prosenjit ordered food over Swiggy. But — wait for it — he was not able to enjoy the sumptuous meal he was looking forward to. Then, the plot thickened, not unlike the gravy in a good shorshe jhaal: The app said his food had been delivered, when it had not! When he called the people at Swiggy, they refunded his money. For mere mortals, this is a common enough inconvenience and we move on. Not so, Bumba da.

Prosenjit took to the digital platform favoured by activists who want to make themselves heard without sweating it out to highlight his ordeal. He tweeted an open letter (the most self-righteous of formats), tagging the Prime Minister and West Bengal Chief Minister, to “highlight” the issue. “What if,” the shocked superstar wrote, “someone is depending on the food app for their dinner? Will they stay hungry?” Burning questions, to be sure — but perhaps not meant for the table of heads of government.

However, before we judge him too harshly — as so many on social media did and are doing — a little context. Who really enjoys talking to customer care, either on the phone or through the bots that man so many text-based helplines? And in a country where who you know and how important you are allows you to skip lines, why does Bumba da’s sense of entitlement upset us so? Sour grapes, perhaps. After all, most people — particularly the higher one travels up the social ladder — phone a friend or a tout for everything from a passport to a driver’s licence. Besides, the entire episode may be the result of taking political rhetoric too literally. Prosenjit sir, Pradhan Sewak isn’t the chief customer care officer.

This editorial first appeared in the print edition on November 9, 2021 under the title ‘Bumba da’s ordeal’.

11/13/2021 India Comments Off on Prosenjit complained to PM about food delivery. But why does his sense of entitlement irk us so?
India