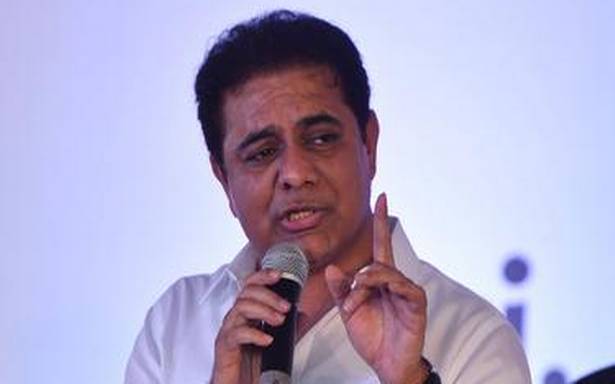 The relief will, however, be available only to domestic category of tax payers up to ₹15,000 in Greater Hyderabad Municipal Corporation (GHMC) and ₹10,000 in 141 municipalities across the State

The Telangana government on Saturday slashed property tax for the current year by 50% for the urban population of the State who bore the brunt of COVID-19, as a Diwali gift from the Chief Minister.

The relief will, however, be available only to domestic category of tax payers up to ₹15,000 in Greater Hyderabad Municipal Corporation (GHMC) and ₹10,000 in 141 municipalities across the State. Payments already made by now will be adjusted in the demand that will be raised next year, said Municipal Administration Minister K.T Rama Rao.

Disclosing the decision taken in this regard at yesterday’s Cabinet meeting presided by Chief Minister K. Chandrasekhar Rao, the Minister told a media conference that about 13.72 lakh house owners in GHMC and 17.68 lakh others in 141 municipalities will benefit from the measure. The relief in GHMC will amount to ₹196.48 crore and ₹130 crore in municipalities, aggregating to ₹. 326.48 crore.

By other decisions, the citizens of Hyderabad and fifteen adjoining municipalities who did not get the flood relief of ₹10,000 announced by the State government have been given one more opportunity to access the money through Mee Seva centres. They can make online application at the centres on payment of Rs. 20 and the money will be delivered at their doorstep by officials or deposited in banks if they furnished their account numbers.

The Government has so far disbursed ₹470 crore out of the budgeted ₹550 crore to 4.75 lakh families earmarked to assist people distressed by recent rains and flooding of houses in Hyderabad.