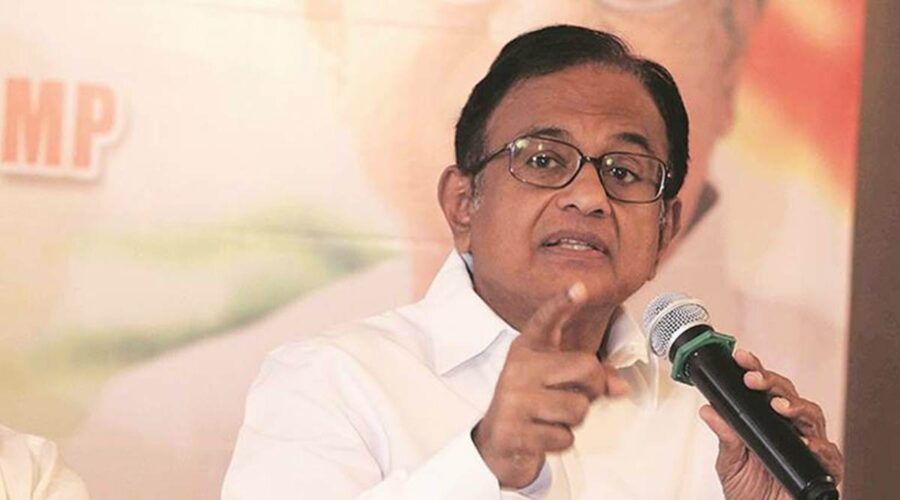 He asked the government to print money if needed and increase spending. A day after government estimates showed that India’s GDP contracted by 7.3 per cent in 2020-21, senior Congress leader and former finance minister P Chidambaram on Tuesday said the government must wake up and not lose yet another year, admit its errors of commission and omission, reverse its policies, and heed the advice of economists.

He asked the government to print money if needed and increase spending.

Arguing that 2020-21 has been the “darkest year of the economy” in four decades, he said the current state of the economy is largely due to the impact of the pandemic, but it has been compounded by the “ineptitude and incompetent” economic management of the BJP-led government.

“Good advice by distinguished economists and renowned institutions has been rebuffed…” he said at an AICC press conference.

On printing money, Chidambaram said, “We have the space and the sovereign right to print money… At the moment, I think printing money is clearly advised.” He said all indicators point to the fact that the economy is in dire straits.

“Borrow and spend. If necessary print money and spend. Spend on healthcare, infrastructure but spend and as part of spending, spend on welfare measures also…” he said.