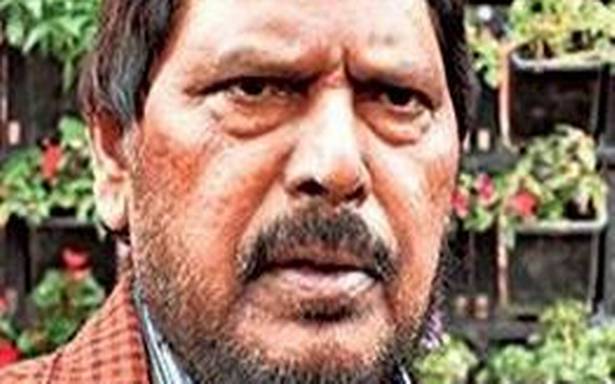 Minister for Social Justice says his party favours the survey

Speaking to the reporters about the possibility of undertaking a caste-wise census in India in 2021, Mr. Athawale said, “My party supports the caste census. The Other Backward Castes are demanding it now and Prime Minister Modi will take a call on it.”

Adding that five acres of land should be given to the landless in Tamil Nadu, Mr. Athawale said his Ministry had been taking special efforts for the welfare of the senior citizens through ‘Integrated programme for senior citizens’ since 2016-17. Through the programme, shelter, food, medical care and entertainment opportunities were provided to encourage productive ageing.

Dwelling on the achievements of Mr. Modi’s governance in the last seven years, he said between September 2014 to September 2021, as many as 1.13 crore accounts had been opened in Tamil Nadu out of the total of 43.22 crore accounts as part of Pradhan Mantri Jan Dhan Yojana Scheme. He also said nearly 29 lakh gas connections had been allotted in Tamil Nadu under the Prdhan Mantri Ujjwala Yojana.