The Kashmir Press Club has demanded Home Minister Amit Shah and the Union Territory administration to take note of the "appalling conditions under which the press in Kashmir is working since August 5 last year". 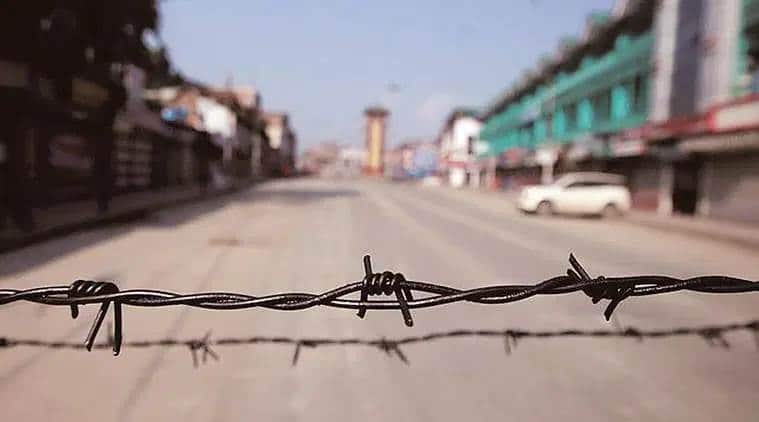 A journalist was picked up and taken for “questioning” after a police raid at his house in Pulwama district late Sunday night, Kashmir Press Club (KPC) said on Monday.

KPC has demanded Home Minister Amit Shah and the Union Territory administration to take note of the “appalling conditions under which the press in Kashmir is working since August 5 last year”.

In a statement on Monday, the Valley’s largest elected media body said that they have taken “note of the continuous harassment of journalists in the Valley”.

“On Sunday night, a multimedia journalist Kamran Yousuf, working with the Newsclick, was picked up from his home by the police. Recalling details, Kamran said that a police party led by the Dy SP and SHO Pulwama entered his home around 11 pm…” the KPC said. “I saw policemen surrounding our premises. The police official asked me to come along and snatched my phones,” Kamran was quoted as having said in the statement.

Kamran told KPC that “he was taken in a police vehicle to the office of Dy SP and questioned about some Twitter account run by Kamran Manzoor”. “They checked my phones and searched everything on it. They asked me about some Kamran Manzoor and showed me his Twitter account. The police officer said that we suspected that you were running it,” Kamran said.

Kamran was allowed to go home at 1 am, according to the statement. “After failing to find anything that they were looking for, the police official called some officer on phone and let him go at 1 am in the dead of night. My distraught family members were waiting outside and took me home,” Kamran was quoted as having said.

Kashmir IGP Vijay Kumar said he cannot comment on the matter over phone. “Come to my office and I will provide you the background why he was called… I cannot explain on phone,” he said.