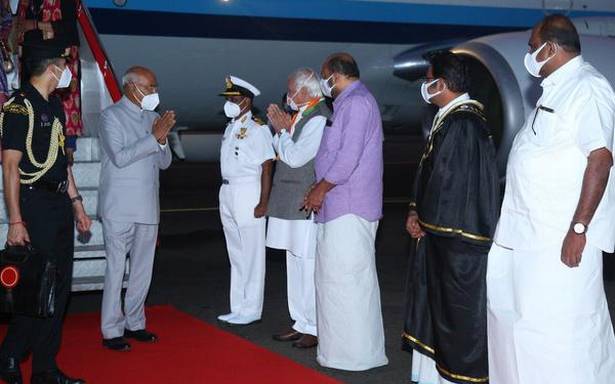 President Ram Nath Kovind was accorded a warm reception on his arrival at the Naval Airport here on Tuesday.

The Air Force special flight carrying the President, his wife Savitha Kovind, and their daughter Swathi landed at the airport around 6.10 p.m.

The President will view the operational demonstration of the Navy at the Southern Naval Command here from 9.50 a.m on Wednesday. He will visit the Vikrant cell at the Naval Base. He will leave for Thiruvananthapuram from the Naval Airport at 10.20 a.m on Thursday. After attending various programmes, he will leave for New Delhi by 9.50 a.m. on December 24.