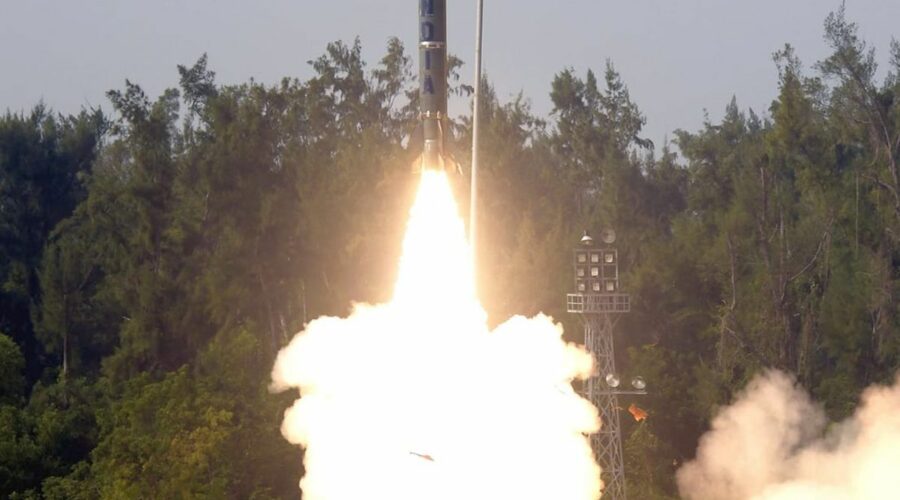 Like the Shourya and Prahar missiles, the Pralay is powered by conventional solid fuel, and its payload is designed to carry only a conventional warhead.
Ajai Shukla reports.

DRDO officials are categorically stating that the Pralay will not be part of India’s nuclear deterrent.

Instead, like the earlier Shourya and Prahar missiles, the Pralay is powered by conventional solid fuel, and its payload is designed to carry only a conventional warhead.

‘It (Pralay) is powered by a solid propellant rocket motor and many new technologies,’ said a ministry of defence statement after the test.

‘The mission has met all its objectives. The missile followed the desired quasi-ballistic trajectory and reached the designated target with a high degree of accuracy, validating control, guidance and mission algorithms. All the sensors deployed, including down range ships, tracked the missile trajectory and captured all the events,’ the defence ministry added.

Top DRDO officials, such as former director-general V K Saraswat, said the development of the new missiles had multiple objectives.

These included: “Bridg[ing] the [range] gap between the Pinaka multi-barrel rocket launcher (MBRL) system and the Prithvi missiles.” 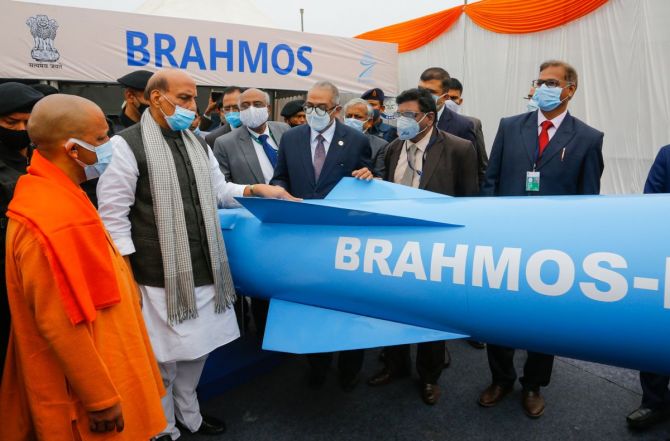 The indigenous Pinaka MBRL strikes targets up to 60-70 km from the launchers; while variants of the Prithvi missile can flatten objectives 250-350 km away.

The territory between them, where key targets will be located in wartime, will be engaged by the Shourya, Prahar and Pralay missile systems.

Two US academics who specialise in South Asia, Christopher Clary and Vipin Narang, have enumerated the targets these surface-to-surface, short-range missile systems would be used to strike within Pakistan.

The Prahar can strike all three of the Pakistan army’s service headquarters and four of its nine corps headquarters, which are all located within 150 kilometres of the border.

So are two of the Pakistan air force’s eleven ‘deploying bases’, as well as its joint staff and the strategic plans division that controls Pakistan’s nuclear arsenal. The Shourya missile, a land-based version of the Indian Navy’s underwater Sagarika missile, with a range of 750 km, can reach every one of Pakistan’s 20 largest cities, all of the Pakistan air force’s flying bases, every corps command location, and the Pakistan navy’s two most important ports, Karachi and Ormara.

Even so, speculation continues about a possible nuclear role for the three missiles.

These are fuelled partially by reports that Prahar missiles are being manufactured and inducted into service to replace all of India’s 150-kilometre Prithvi ballistic missiles — which were themselves deemed to be dual-use weapons.

The defence ministry has announced that the ‘Pralay missile is powered with a solid propellant rocket motor and many new technologies. The missile… can be launched from a mobile launcher. The missile guidance system includes state-of-the-art navigation system and integrated avionics.’