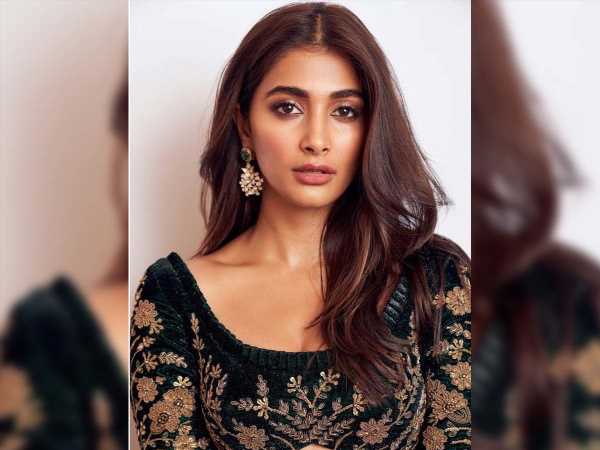 Few days ago, Harish Shankar unveiled the much-awaited title and first look of his next film with  Power Star Pawan Kalyan. The much hyped movie was tentatively titled as PSPK28. But now it has been named Bhavadeeyudu Bhagat Singh.  Coming on the title poster, Pawan Kalyan was seen seated on a bike, with India Gate forming the backdrop.

Clad in a brown leather jacket, he was seen taking sips of tea, sitting on a vintage bike.  According to the latest buzz in the film industry, Pooja Hegde will be seen sharing the screen space with Pawan Kalyan in Harish Shankar’ directorial venture Bhavadeeyudu  Bhagat Singh.

Dusky beauty Pooja Hegde shared a snap from her recent video call with  the director Harish Shankar. As stated by  the actress herself, she bumped into  the music composer Devi Sri Prasad while on her way to work and the duo caught up with each other before making a video call to Harish Shankar. The actress captioned the snap, “When my random run into DSP resulted in a sudden video call with Harish Shankar. What a fun conversation this was.” With this Pooja Hegde indirectly hinted that she will be seen romancing Pawan Kalyan in Bhavadeeyudu Bhagat Singh.

Bhavadeeyudu Bhagat Singh is a big budget film which is bankrolled by Mythri Movie Makers and has the music by Devi Sri Prasad.