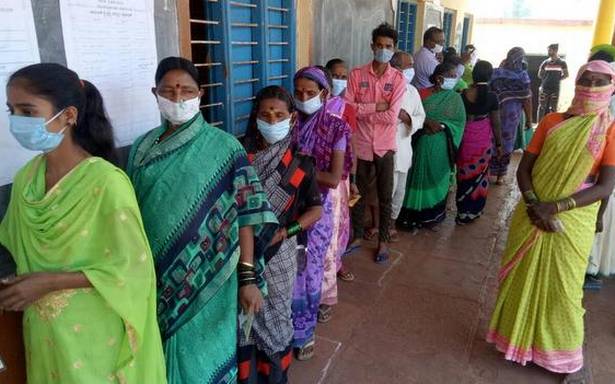 Polling in Kadampur gram panchayat in Ramdurg taluk was delayed after voters found that the symbol of a candidate had been wrongly printed on the ballot paper, during the second phase of polling in the gram panchayat elections in Belagavi district on Sunday.

A voter brought to the notice of poll officers that the symbol of Mahantesh Khanpet, was a bucket and not an almirah as had been printed on the ballot paper. The officer said he could file objections to the error in a separate letter with the polling officer, but still cast his vote against the candidate’s name.

In a few minutes, Mr Khanpet came to know about this and rushed to the booth. He argued with officers and asked them to cancel polling. Within minutes, pictures of the alleged error in the ballot were widely shared on social media.

Officers did not immediately agree to the request. But due to the commotion in the booth, they stopped polling for a few hours. They said they would communicate to the state election commission in Bengaluru and seek directions.

By noon, Teheshildar’s office told the candidate that the SEC had agreed to postpone the polling to Monday.