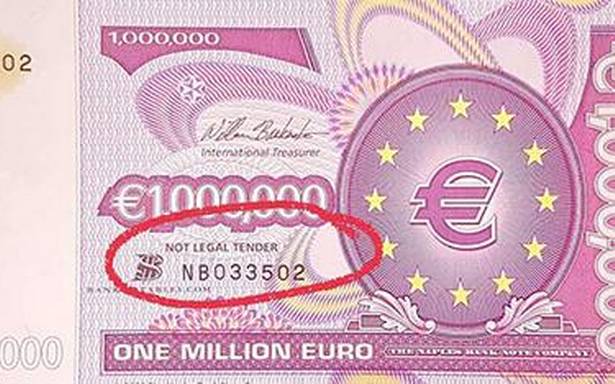 Krishna district Superintendent of Police M. Ravindranath Babu has said that some images of purported ‘one million Euro’ notes were being circulated in some social media groups for the last few days, and cautioned the public against accepting or circulating them as they were not legally valid.

“The notes are not legally valid and cannot be exchanged,” he said.

“Unidentified people were posting the pictures of the notes. People who are in possession of it will be booked,” Mr. Ravindranath Babu said.

“The public are requested to alert the police if they found the notes with any person, or if any gang was circulating them,” the SP added.

“Miscreants may try to exchange the notes for a high amount and deceive the public,” Mr. Ravindranath Babu added.