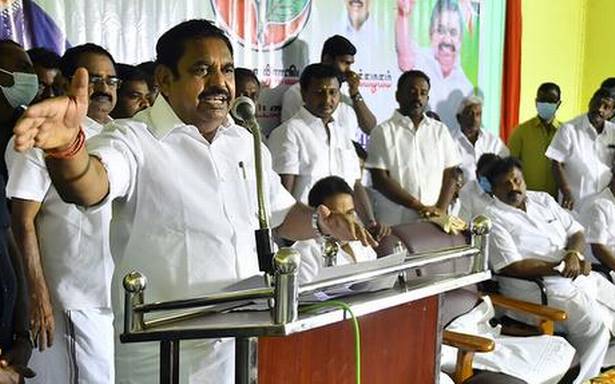 The Opposition leader and co-cordinator of AIADMK, Edappadi K. Palaniswami, said that police and officials should act without bias during the election, else they would have to face consequences.

Mr.Palaniswami said that the previous regime conducted the local bodies election in a democratic manner.

He also said that if any officials indulge in poll malpractices, it would lead to contempt of Court and there won’t be any guarantee to their job later.

He said the law and order situation had deteriorated in the State, and Chief Minister M.K.Stalin is only interested in publicity. He charged that this DMK regime is a dark era in Tamil Nadu and a CM who lacks administrative capabilities is governing the State now.

Mr.Palaniswami said that the DMK has imposed a penalty of ₹12,000 on people who voted for the party DMK trusting Stalin and Udhayanidhi Stalin’s words. Mr. Palaniswami appealed to the public to vote for the AIADMK candidates in the local bodies election.

02/10/2022 India Comments Off on Police and officials should be unbiased during the election, says former CM
India