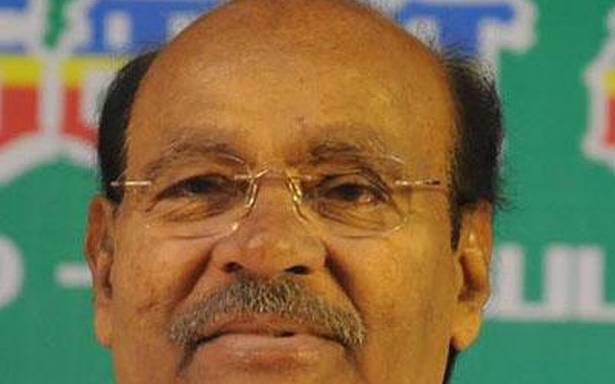 We will do introspection and improve our organisational infrastructure’

PMK founder S. Ramadoss on Sunday said that although the AIADMK-PMK alliance did not achieve victory as expected, the results of the Assembly election has not made them tired.

In a statement late on Sunday, he said the PMK had won five Assembly constituencies (ECI website as of midnight showed the PMK as having won one seat and leading in three seats) of the 23 constituencies it contested and said the party accepted the verdict of the people.

“I congratulate DMK president M.K. Stalin for winning the election. The PMK will do introspection on why it lost and improve its organisational infrastructure to win more seats next time. PMK will contribute constructively like before.”