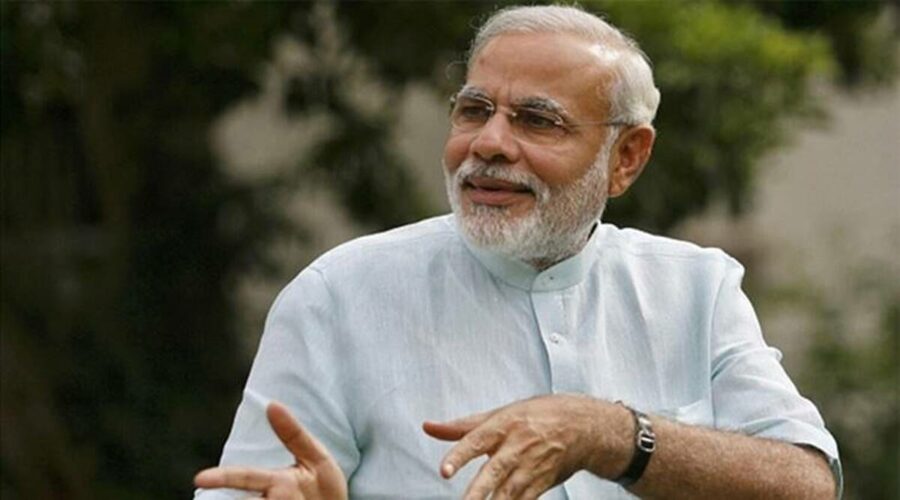 While releasing the letter, Gujarat BJP president C R Paatil said all the ministers in the state and key party functionaries, including Chief Minister Vijay Rupani, have become 'page pramukhs' under this drive. Prime Minister Narendra Modi has written a letter to the Gujarat unit of the BJP, in which he has appreciated its efforts in creating 15 lakh page committees, and said that it would help the party connect with 2.25 crore voters in the state.

The letter, written in Gujarati, was released by the party’s state unit here on Thursday.

Gujarat BJP leaders said that the copy of the PM’s letter would be distributed to over to 58 lakh page committee members, including in-charge of each committee.

In the letter, Modi said, “I congratulate the Gujarat BJP for starting this ‘Page Committee Maha Jan Sampark Abhiyan’. A committed ground-level worker is an important asset for any party and an outreach exercise undertaken by such workers ultimately becomes a medium to serve the people.”

He appreciated the efforts of the Gujarat BJP in creating 15 lakh page committees, saying that it would help the party connect with 2.25 crore voters across the state, and also wished them luck for the upcoming local bodies polls.

Under the ‘Page Committee Maha Jan Sampark Abhiyan’, a ‘pramukh’ (in-charge) was appointed for a page in the electoral rolls. Each page normally contains details of five to six voters of that booth. Every page pramukh has to focus on those five to six voter families as part of the micro-level booth management.

While releasing the letter, Gujarat BJP president C R Paatil said all the ministers in the state and key party functionaries, including Chief Minister Vijay Rupani, have become ‘page pramukhs’ under this drive.

He added that apart from working towards ensuring the BJP’s victory in the polls, this exercise is also about reaching out to the needy people to make them aware of the benefits under various government schemes in case they are left out due to some reasons.

Gujarat Deputy Chief Minister Nitin Patel, who is also a page pramukh, said all the page committee members and page pramukhs will be handed over this letter by the PM.

“We created page committees after reaching out to 58 lakh families having 2.25 crore voters. This is not just about elections. It is about ensuring delivery of service and schemes to the real beneficiaries and help people in case of any emergency or calamity,” he said.