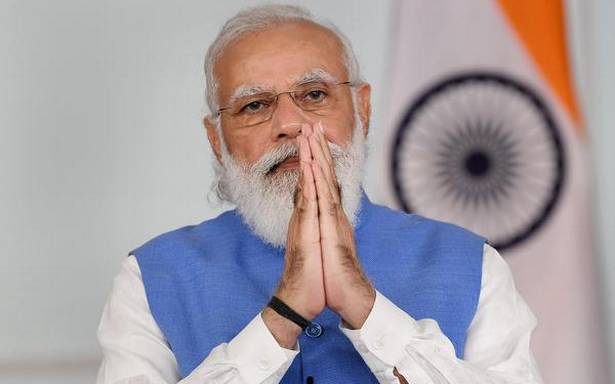 Named after the freedom fighter and social reformist, famous for forming the Indian government-in-exile in 1915 in Afghanistan, the construction of the university was notified in November 2019. To be completed by January 2023, the university will grant affiliation to around 395 colleges in Aligarh, Hathras, Etah, and Kasganj districts. Right now, these colleges are affiliated with Agra’s Bhimrao Ambedkar University.

According to official sources, the university will be spread over 92.27 acres of land in the Lodha block of Aligarh district. To be built at the cost of ₹101 crore, the first instalment of ₹10 crore has already been allotted.

Describing it as the fulfilment of a long-standing demand of the region, Mr. Adityanath said the state university would become a “catalyst for development” in the Aligarh division by providing modern education, skill development, and vocational training. He said the Prime Minister would also lay the foundation stone for the defence corridor node being developed in Aligarh. “It will spur employment opportunities in the region and will fulfil the motto of ‘Made in India’.” Out of the six nodes in the State, the Aligarh node had emerged as the most favourite of the investors, according to officials.

Bharatiya Janata Party sources said around a lakh people are expected at the event and around 1,000 buses are being pressed into service.

Naming the university after the Jat icon is being seen as an attempt to win over Jat voters ahead of the Assembly elections. Being held days after the Muzaffarnagar mahapanchayat, the local unit of the party is seeing the event as a show of strength in the region that has a large population of Jat farmers. With the Aligarh Zila Panchayat recently forwarding the demand for changing the name of Aligarh to Harigarh, the event has more than just academic importance.

Born in the ruling Jat family of Mursan estate in Hathras, Mahendra Pratap was an alumnus of Mohammedan Anglo-Oriental College that later became Aligarh Muslim University.

The BJP has been claiming that the AMU didn’t give Mahendra Pratap, who leased some of his lands to the institution, his due. The local BJP MP also invoked his name during the Jinnah portrait row. The AMU administration has all along maintained that they are proud of their alumnus and regularly organise events in his memory.

The opposition parties remind the BJP that he defeated Atal Bihari Vajpayee in the second general elections when Mahendra Pratap stood as an independent from Mathura. Old-timers also say though Pratap is hailed as a ‘Jat king’, he gradually became vary of organised religion and founded Prem Dharam (religion of love).

Ali Nadeem Rezavi, professor of history at AMU, said it was really interesting that the Prime Minister was inaugurating a university named after an old boy. “A man who all his life opposed the Sangh, is now being hailed by Modiji as his own,” he said.