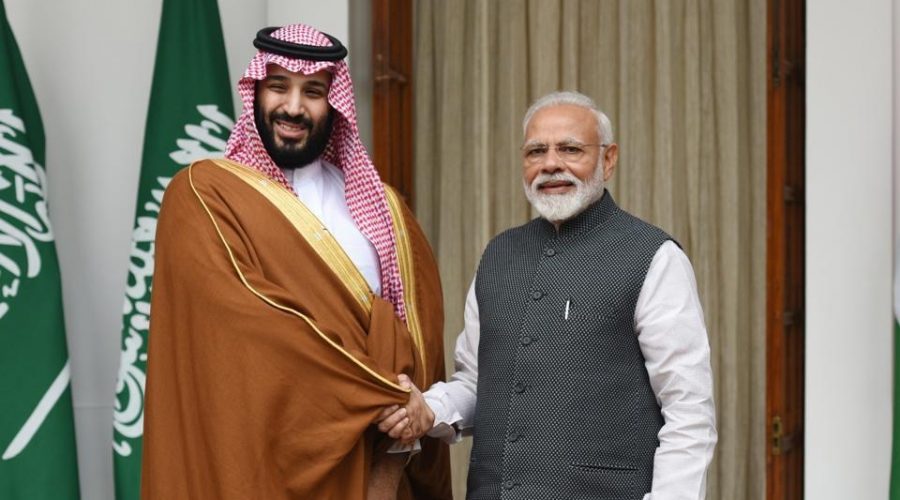 India and Saudi Arabia will sign several agreements, including one on forming a Strategic Partnership Council and another on a joint venture for retail outlets for petroleum products, during Prime Minister Narendra Modi’s visit to Riyadh next week.

Modi, visiting the kingdom at the invitation of King Salman bin Abdulaziz, will hold a bilateral meeting with the Saudi ruler and delegation-level talks with Crown Prince Mohammad bin Salman on October 29. He will deliver the keynote address at the plenary session of the Future Investment Initiative forum in Riyadh the same day.

The Strategic Partnership Council, which will be headed by PM Modi and the Saudi crown prince, was first mooted during Mohammad bin Salman’s visit to India in February. The agreement on the council will be signed during Modi’s meeting with King Salman, said TS Tirumurty, secretary (economic relations) in the external affairs ministry.

The council will serve as an institutional mechanism to monitor progress in the bilateral strategic partnership, which has expanded in recent years from energy security to wide-ranging cooperation in defence and security, including information-sharing for counterterrorism.

The two countries are also expected to finalise modalities for India’s single largest greenfield refinery to be built at Raigarh in Maharashtra with investments by Aramco of Saudi Arabia and Adnoc of the UAE. They expect to sign a MoU for a joint venture between Indian Oil Middle East and Al Jeri company for downstream cooperation in setting up retail outlets in Saudi Arabia.

“We deeply appreciate the fact that they have been meeting our energy requirements on a reliable and sustainable basis,” he said, referring to Saudi’s status as the second largest energy supplier for India.

India and Saudi Arabia are also set to hold their first joint naval exercise by early 2020, Tirumurty said, adding there have been talks on collaboration between the defence industries of the two sides.